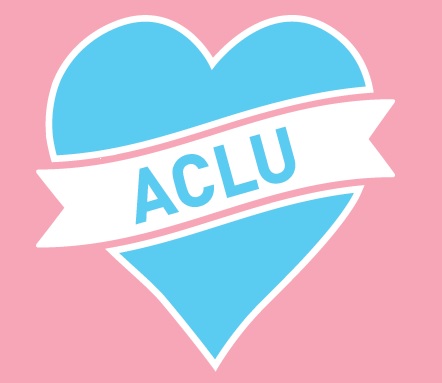 The ACLU has long advocated for the legal rights of transgender individuals, as part of our core commitment to equality for all people.  In the early 1990s, the ACLU-WA represented a transgender woman who was fired for dressing in attire consistent with her gender identity in preparation for undergoing medical treatment. Since then we’ve assisted transgender individuals get passports that reflect their identity, helped transgender students participate on school sports teams, and support a transgender woman who was forced to leave a women’s fitting room in a clothing store.  We recently helped a transgender man obtain previously-denied insurance coverage for health care services he needed.

The current national discussion on what restroom transgender people should use is based on the same fearful canard that was used against lesbians and gays: that one who is different from the traditional sexual norms is deviant and frightening. Much as people had a hard coming to grips with gays and lesbians, some people are having a tough time thinking about transgender people.

Transgender people are mostly like everyone else. They need to eat, sleep, love and be loved, hold a job and have a place to live. They are our neighbors, our co-workers, our fellow students, and our family members. Living in a body that does not match your own gender identify is not a choice or a lifestyle, and trying to change one’s gender identity is as futile as trying to change one’s sexual orientation.

Restrooms have been center stage in prior civil rights fights, including for African Americans, for men and women around the Equal Rights Amendment, in the context of fighting for access for people living with disabilities, and during the peak of the AIDS crisis, when homophobia fed fears of gay people using restrooms.

Sadly, transgender people face staggering levels of discrimination and violence. They are much more likely to be the subject of violence than the perpetrators. Given that transgender women are well aware of the potential for harassment and view themselves as any other women, they have no motivation to draw attention to themselves or cause a ruckus in a restroom.

Transgender people must be welcome to use facilities and participate in activities that match who they are.  This is not only the right answer from a human point of view, but it is also legally required by statutory and constitutional bans on sex discrimination.

And it is practical. Everyone has to use the restroom.  People should use the restroom and other facilities that match their gender identity. In addition, for many transgender people, living their gender in all parts of their lives, including when using single-sex spaces, is part of the medical treatment that is prescribed for them – it alleviates what would otherwise be significant distress.

Opponents of transgender equality are seeking to exploit the public lack of knowledge about transgender people to incite fear and stop any further progress for transgender rights or more broadly for LGBT rights. The ACLU of Washington is proud to participate in the leadership of Washington Won’t Discriminate, which is mobilizing opposition to a proposed ballot initiative (I-1515) that aims to mandate discrimination against the state’s transgender citizens.

In schools, businesses, and elsewhere in Washington and across the country, transgender people have been protected from discrimination in restrooms and locker rooms for years. There have been no disruptions, increases in public safety incidents, or invasions of privacy related to those protections.  Experience teaches us that when we expand rights and accept differences, what may seem scary and confusing at first turns out to be completely innocuous.

The ACLU has fought anti-transgender bills in at least 17 states, including Washington, this past year. We’re also fighting in court, where we represent transgender people in all three of the current cases challenging bans on transgender individuals’ use of restrooms consistent with their gender identity (in Virginia, North Carolina, and Illinois).
Explore More:
LGBT
Transgender Rights