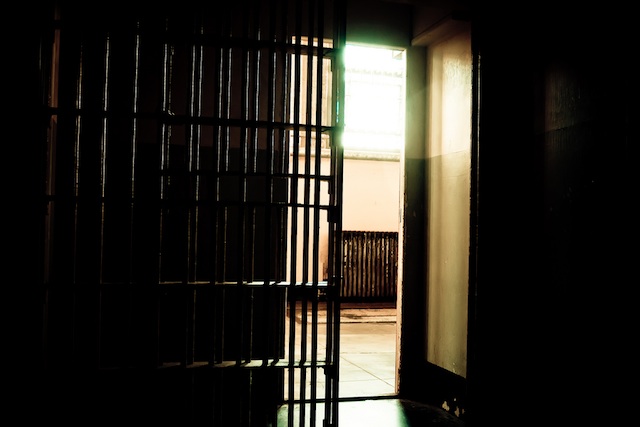 With 5% of the world's population, the United States today boasts 25% of its prison population. Despite declining crime rates in the last three decades (even in the midst of our current recession), rates of incarceration in the U.S. have been stunning. The Economist recently called this trend "a disgrace."

Even more staggering has been the racial dispararity in the people our nation incarcerates.

In her new book, The New Jim Crow: Mass Incarceration in the Age of Colorblindness, Ohio State University legal scholar Michelle Alexander cogently considers the tidal wave of incarceration that has swept America in the past 30 years. She says mass incarceration has created a "new racial undercaste" which, although race-neutral on its face, has sharply greater impacts on people of color. "A human rights nightmare is occurring on our watch," Alexander asserts; if we avert our gaze, "history will judge us harshly."

Consider, for example, these facts:

The racial disparities in the criminal justice system have been most dramatic in the execution of the "war on drugs." Multiple studies have consistently shown similar rates of drug use across racial and ethnic lines; people of color, however, are arrested, prosecuted, and incarcerated at steeply greater rates. These inequities are most visibly manifested in the perverse 100 to 1 disparity in sentencing for offenses related to crack and powder cocaine.

Whatever one thinks of Professor Alexander’s thesis, however, it is impossible to deny the costs of America’s incarceration boom, both in dollars and human lives.

Incarceration is phenomenally expensive, and our spending on prisons is rapidly outpacing critical social needs such as education. In Washington alone we spend nearly a billion dollars annually on corrections. Overincarceration also has devastating effects on families. As one recent comprehensive report on prison conditions noted: “What happens inside jails and prisons does not stay inside jails and prisons. It comes home with prisoners after they are released and with corrections officers at the end of each day’s shift. When people live and work in facilities that are unsafe, unhealthy, unproductive, or inhumane, they carry the effects home with them.”

All of us want to be safe. Despite consistently decreasing rates of crime, however, our nation continues to shovel huge amounts of resources into an inequitable, ineffective system of mass incarceration. Fortunately, many people, including some in the U.S. Congress, are beginning to examine ways to make our criminal justice system better.