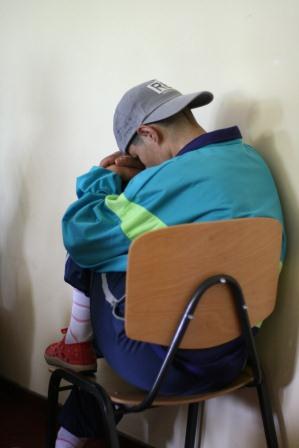 Thinking back to myself at 13 years old, I recall a constant tension between the child I was and the adult I was becoming. Now I try to picture that version of myself being pulled from a classroom and taken to a conference room where two police officers and two school administrators want to question me about a neighborhood robbery. Would I have told officers I preferred they stop questioning me?  Or that I wanted to leave?

The 13-year-old me would have been unlikely to tell an officer (or any adult authority figure) that I was actually going to leave. In fact, the whole idea of leaving or telling them to stop seems contrary to school rules, which require students to follow the orders of teachers and school administrators. Even now, the much older version of that 13-year-old would likely have a difficult time asserting her right to leave under such circumstances.

The U.S. Supreme Court addressed these issues recently in a case involving a 13-year-old boy from North Carolina who faced that very situation. The Court looked at whether an officer should have read the “Miranda rights” to the child before asking questions about his suspected involvement in a crime.

Those familiar rights – “you have the right to remain silent, anything you say can and will be used against you; you have the right to an attorney….” – come from Miranda v. Arizona. In that case the Court determined that explicit warnings are necessary to protect against involuntary confessions when people are “in custody” and interrogated by an officer. A critical question is when a person is “in custody,” and the courts have answered that it is when a reasonable person would not feel free to leave.
I
n J.D.B v. North Carolina, the Court issued an encouraging decision protecting the rights of school-age students facing police interrogation. Applying some common sense, the Court held that a person’s young age is relevant in determining whether they would have felt free to leave. In other words, officers must consider the age of the children they interrogate on school grounds.

J.D.B. was interrogated at home concerning his possible connection to two neighborhood burglaries. Unsatisfied with their interview, officers headed to J.D.B.’s school and pulled the 13-year-old boy from his classroom for further questioning. Again officers sought information from the 7th grader about his possible connection to the burglaries, and again J.D.B. proclaimed his innocence. Two officers and two school administrators interrogated J.D.B. for 30-45 minutes.  Only after administrators encouraged J.D.B. to “do the right thing,” and an officer warned him he could be put in juvenile detention, did he confess his involvement in the burglaries.  Content with the confession, officers finally issued the Miranda warnings.

Despite objections by his attorneys, the North Carolina state courts decided that the confession was voluntary and that the Miranda warnings were not required. They concluded that J.D.B.’s age played no relevant role in determining whether the questioning was a custodial interrogation. The U.S. Supreme Court granted review, and the ACLU filed an amicus brief in support of age as a factor in determining whether a child was subjected to a custodial interrogation.

Fortunately, the U.S. Supreme Court agreed with J.D.B. and the ACLU. The Court’s holding safeguards the Miranda rights of school-age children subject to interrogation in school.  You can read the entire Supreme Court opinion here. The ACLU’s brief also explained how this case is part of a bigger problem of the criminalization of youth and the racially disparate impact this is having in our public schools.

The good news is that in addition to the U.S. Supreme Court, administrators and policy-makers in school districts right here in Washington have recognized that subjecting children to police interrogation at school without involvement of or even notice to a parent is not good practice.

Several years ago, a Native American Parent Advisory Committee successfully advocated for a change in policy in the Grand Coulee Dam School District to ensure that school administrators had clear authority – and a clear responsibility – for calling parents when a child is interrogated by an officer at school. The Washington State School Directors’ Association issued a model policy and procedure incorporating the same common-sense, family-friendly protection. The association reminded school administrators that the best practice is to have police question students outside of school hours if at all possible, to avoid disrupting their education.

What is the policy in your school district? If you aren’t sure, you can call your district office or look for its policy and procedure at your district website.