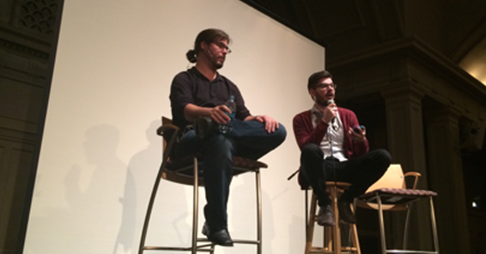 The ACLU-WA hosted a talk at Town Hall Seattle on March 11th on Reining in the Surveillance Society.  It  featured Chris Soghoian,  the National ACLU’s Principal Technologist and Senior Policy Analyst with its Speech, Privacy and Technology Project.  Chris discussed how new technologies employed by the government including drones, Stingrays, and license plate scanners can have negative impacts on individual privacy.  Following the presentation, Jared Friend, ACLU-WA Technology and Liberty Director,  joined him on stage, and  they addressed questions from the packed audience and from Twitter about  what the ACLU is doing locally and nationally to ensure that that these tools are strictly regulated.