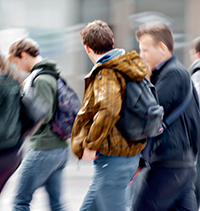 A version of this article was published in the Seattle Times.

More than 100 years ago, Washington lawmakers created a separate juvenile justice system because they recognized that society benefits when juvenile courts focus on both accountability and rehabilitation. To support rehabilitation, for decades Washington has allowed juveniles to seal their records from public access. Doing so helps to ensure that a young person who turns his life around is not haunted by youthful mistakes when he becomes an adult.

This month, Washington’s Supreme Court reaffirmed this longstanding principle in a case that allows juvenile offenders to continue to petition to seal their court records. Writing for the majority in State v. S.J.C., Justice Mary Yu pointed out that, “For as long as there have been juvenile courts in Washington, juvenile court records have been treated as different from adult criminal court records and have been subject to legislation providing increased confidentiality for them.”

Underlying the ruling is a basic fact, one known to every parent and confirmed by modern neuroscience: kids’ brains are different from those of adults. Children struggle more with long-term decision making and are more susceptible to negative peer and social influences than adults. And they are still forming their identities.  As the American Medical Association has recognized, the brain systems that are crucial to self-control of behavior are still developing during adolescence.

Children who have committed crimes nevertheless have great potential to grow into productive members of society.  For example, former U.S. Senator Alan Simpson of Wyoming committed serious crimes as a juvenile.  As he matured, and with the help of his probation officer, he joined the Army, practiced as an attorney, raised three children, and dedicated his career to public service. Simpson and society benefitted from a system that gave him a second chance, just as Washington’s does.

Washington juvenile court proceedings are open to the public, and unlike the majority of states, Washington makes juvenile records public until they are sealed. That’s why the ACLU and Center for Children and Youth Justice, longstanding advocates for public oversight of the government, supported the juvenile in this case.  In our friend-of-the-court brief, we argued that “public access to the records of rehabilitated juveniles would not only impair the juvenile justice system’s ability to complete its mission of reintegrating juvenile offenders, it would also fail to enhance the fairness of the juvenile justice process.”

In maintaining current standards for sealing juvenile records, the Court’s decision in State v. S.J.C. strikes the right balance between oversight of the courts and protecting the rehabilitation and privacy of juveniles. The public will still have full access to juvenile court proceedings and to court records, until the juvenile meets the statutory requirements for sealing. This involves a juvenile’s meeting conditions that include paying restitution and demonstrating rehabilitation.

The court appropriately rejected the argument that juveniles should be forced to satisfy a complex test applied in adult cases to determine whether to seal records in unique or compelling circumstances.

Our juvenile justice system was founded with rehabilitation in mind. The Supreme Court decision recognizes that sealing the records of youthful mistakes furthers rehabilitation and thus furthers the health and safety of our communities.