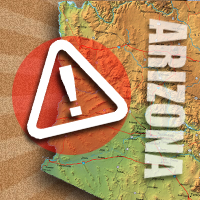 The Fourth of July is typically a time to celebrate our nation’s independence and our collective political freedom with fireworks and BBQs. However, this year many people, including myself, feel that our political freedom and dignity have been threatened by unfair legislation: Arizona’s racial profiling law, SB 1070.

As the daughter of working-class Latino immigrants, I can’t help but think about people traveling, living, and working in Arizona who may be subjected to discriminatory treatment because of the law. Although SB 1070 is not yet in effect, the history of racial profiling in the Grand Canyon State, especially Maricopa County, raises concern that some law enforcement officers will now begin to act on provisions of the unconstitutional law.

SB 1070 provides a legal justification to racially profile and encourages police to rely upon race and ethnicity to enforce immigration law. The Arizona law validates a presumption of guilt if any Latino, other racial minority, or person believed to look or sound “foreign” is unable to prove to a police officer at that moment that they are permitted to be in the United States. Individuals may be subject to warrantless arrest without any probable cause that they have committed a crime or civil infraction.

The Arizona law will require police officers to demand identification proving U.S. citizenship or immigration status from any individual who they believe with “reasonably suspicion” is in the country unlawfully. Under SB 1070, the term “reasonable suspicion” is broad and undefined. And it can involve situations that in practice give police a lot of discretion to decide when and against whom to enforce the law – even minor infractions such as jaywalking, excessive noise, or having an overgrown or untidy lawn.

As the holiday weekend approaches, ACLU of Washington has joined with ACLU affiliates around the country to issue a public travel alert and provide a know-your-rights card, advising people how to respond to traffic stops and handle encounters with Arizona law enforcement. The ACLU, MALDEF, and other civil rights groups have challenged the law, but until it is blocked by the courts, individuals must be aware of their rights if stopped there.
Explore More:
Immigrant Rights
Policing
Racial Profiling
Related Files