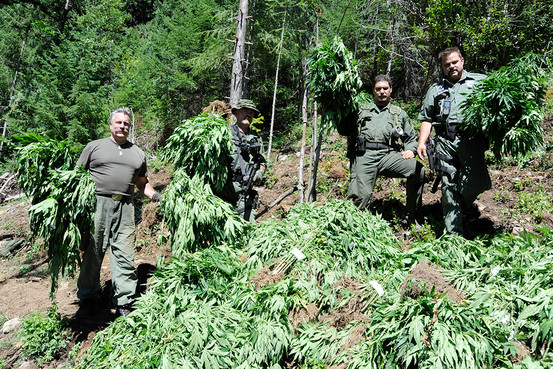 The Seattle Times cover story on marijuana grow operations on Native American land highlights the fact that lots of marijuana is being grown outdoors in Washington -- as this blog has pointed out previously.

The problem of large outdoor marijuana grows is a prime example of why we should be taking a new approach to marijuana policy in our state. Here are three good reasons:

The good news is that realistic policy solutions are now part of the debate when it comes to marijuana. Rep. Mary Lou Dickerson has twice sponsored bills (2010, 2011) in the Washington legislature that would sell marijuana in state liquor stores; New Approach Washington’s initiative to the legislature (I-502) would tax and regulate marijuana for adults; and even federal legislation has been introduced that would allow states to legalize marijuana.

With this in mind, let’s hope to see a headline such as this in the not-too-distant future: “Washington’s New Marijuana Law Undercuts Illicit Growers' Bottom Line.”