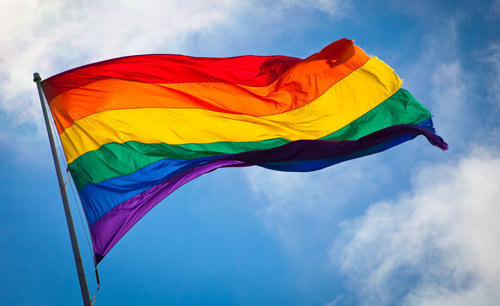 Originally posted on the ACLU Blog of Rights

Last February, we cheered and cried with our friends and allies when Washington State Governor Chris Gregoire signed a bill that grants civil marriage to all loving, committed same-sex couples. But even as we celebrated, we knew that the opponents of marriage equality would continue to fight. Washington law allows the opponents of a piece of legislation to take their case to the voters by gathering enough signatures to place a referendum on the ballot. A “yes” vote on the referendum is a vote to protect the freedom to marry for same-sex couples.  A “no” vote on the referendum is a vote to exclude same-sex couples from marriage."

Over the past months, the opponents of marriage for same-sex couples have deployed volunteers and even paid canvassers to collect enough signatures to get a referendum on the November ballot. We knew that they would be well-organized and highly motivated to reinstate exclusion of some couples from marriage. And they have strong financial backing of outside groups, such as the National Organization for Marriage.

So, the ACLU of Washington has been working as a leading member of the Washington United for Marriage coalition to prepare to defend the legislative victory in a statewide election. We were not surprised to learn last week that the Secretary of State certified the measure, Referendum 74, to appear on the November ballot.

While we would have preferred the legislative victory to be the final word for couples in our state, we believe that Washington can successfully defend this important advance for equality at the ballot box. The bill passed with a solid majority of legislative votes.  And a recent poll shows that 54 percent of likely voters support a law that allows everyone to be able to marry the person they love.

Winning is not guaranteed – and we know that this will be a tough fight. But we believe that the people of Washington want to live in a state that values and respects all families. To carry out these values and convince the majority of voters to Approve Referendum 74, we need the support of people in our state and across the country. With your help, Washington can provide a model for winning ballot campaigns in other states.  Victory in Washington will move the nation closer to achieving the goal of civil marriage for all couples in our country. Please support this important campaign to defend Washington’s marriage law – whether you live in Washington State or not – by signing the pledge to defend the freedom to marry for all couples.