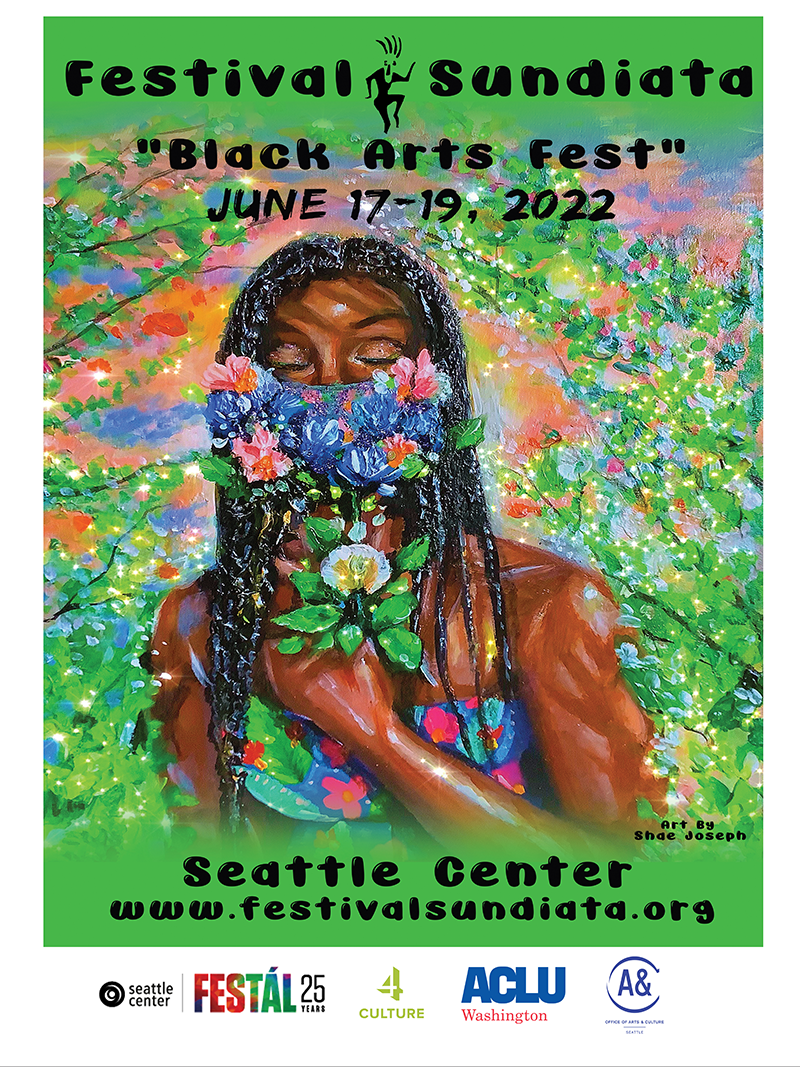 The ACLU-WA is proud to be a presenting sponsor of this year's festival, held during Juneteenth weekend. On Saturday and Sunday, visit our table in the Armory to meet us and check out our photo booth.

Festival Sundiata (pronounced: Soon-jah-tah), is the longest running African American festival celebrated in the Pacific Northwest and Seattle, holding its first festival in 1980. The festival is named in honor of the Sundiata Keita, the historic and legendary Mansa (King of Kings) of the Mali Empire in West Africa. King Sundiata rescued his people’s griot and created one of the most significant cultural and economic kingdoms in Africa.

Artwork by Lashae Parris. See her work on Instagram @artbyshaeparris. 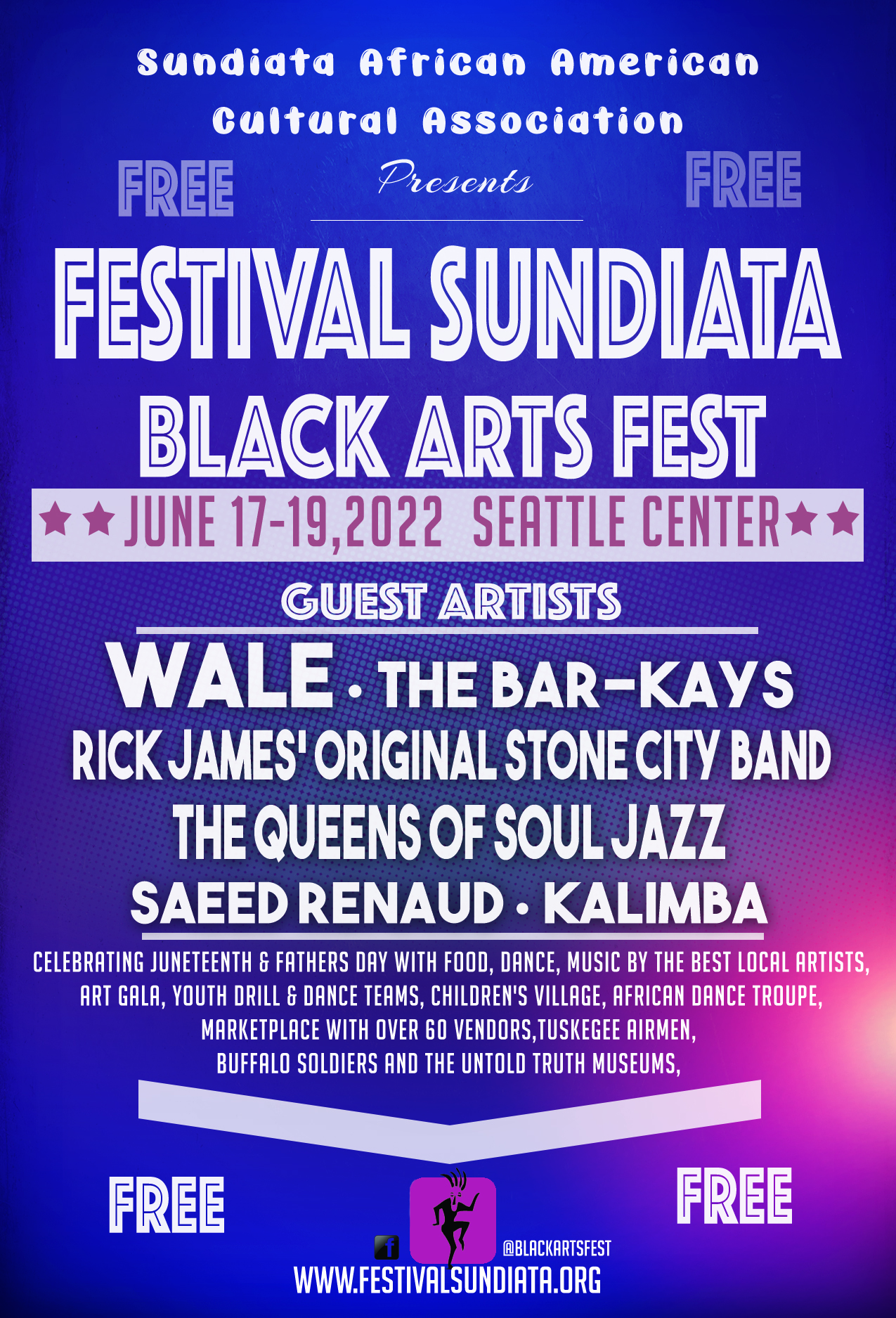 Check out this video for an artist preview.