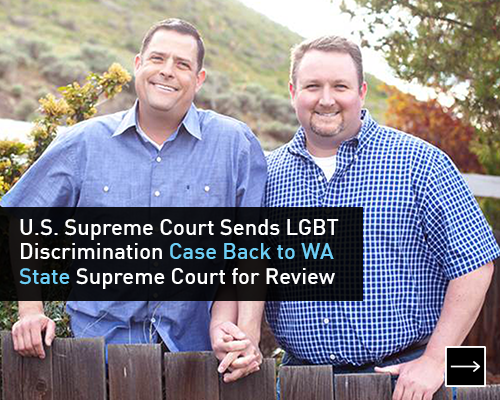 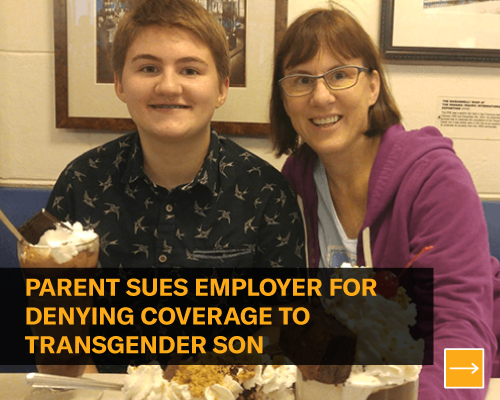 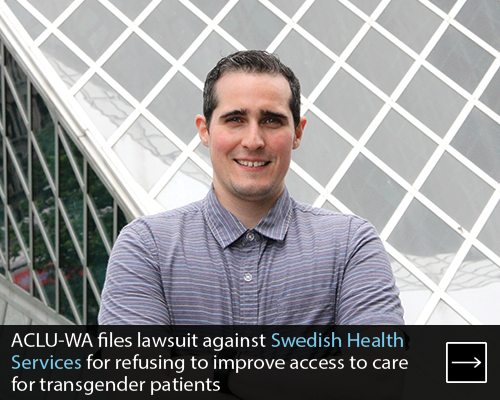 Published:
Friday, September 24, 2010
Today, in Federal District Court, Judge Ronald Leighton ordered that the Air Force reinstate Major Margaret Witt, a dedicated flight nurse that had been dismissed under the Don’t Ask, Don’t Tell policy. This is an exciting moment for everyone who believes in equality and an important advance in the fight to end discrimination against LGBT Americans in the military and in society at large. Perhaps most importantly, it is also a homecoming.
Read more

Published:
Thursday, September 23, 2010
The landmark trial of Maj. Margaret Witt wrapped up yesterday, and Judge Ronald B. Leighton announced that he will deliver his decision this Friday at 1:30 PM PDT. Read more
Read more

DADT on Trial: Like “Extracting a Parent from the Family”

Published:
Thursday, September 16, 2010
Testimony from former members of Maj. Witt’s unit, the 446th Aeromedical Evacuation Squadron, filled the third day of the trial. Leading off was Jill Robinson, who spent 23 years in the Air Force. Inspiring her service was a recruiting poster for the Air Force Reserves that featured Maj. Witt on the cover. Read more
Read more

DADT On Trial: "In the Military, Trust is Essential"

Published:
Wednesday, September 15, 2010
Day 2 of Witt v. Air Force started with testimony from Darren Manzella, who served in the Army for six years as a health care specialist after enlisting in 2002 and was twice deployed to the Middle East. His testimony focused on the need for honesty about oneself in building a team, saying “In the military, trust is essential.” Read more
Read more

DADT on Trial: A "Dynamic" and "Exceptional" Service Member

Published:
Tuesday, September 14, 2010
After opening statements, Jim Schaffer, current Spokane Fire Department Captain and former 446th unit member, began his testimony. Before retiring from the Air Force in 2006, he and Major Witt served on the same flight crew on a number of missions and were deployed together a number of times. Schaffer spoke about Mjr. Witt’s stellar career and told stories of how her calm, cool, and collected nature, plus with her ability to include all team members, help their team succeed and save lives. He told of a particular occasion where a Dept. of Defense civilian went into cardiac arrest while aboard a plane, and Maj. Witt’s ability to accurately assess the situation made sure that the person survived. Read more
Read more

Published:
Friday, August 13, 2010
Last week, Air Force Lt. Col. Victor Fehrenbach filed a high-profile lawsuit arguing that the Air Force should be forced to meet the "Witt standard" if it attempts to discharge him from military service under Don't Ask, Don't Tell (DADT). The "Witt standard" comes from a significant 9th Circuit Court of Appeals decision in an ACLU of Washington case, Witt v. U.S. Air Force, in which the court ruled that the Air Force must prove that dismissing a specific servicemember under DADT is necessary to ensure “good order, morale, and discipline” within the unit he or she served, rather than simply proving in a more general way that DADT broadly advances military readiness. With that requirement of proof, the “Witt standard” was born. Read more
Read more

O’Reilly: Out of the Closet about DADT

Published:
Tuesday, July 27, 2010
This morning, a co-worker sent around an amazing video clip from last night. Not being a late-night television watcher, I missed the earth-shaking revelation that it shows. Bill O’Reilly (an avowed believer that the ACLU is terrorist organization) and the ACLU agreed on something! Watch the video
Read more

Vancouver Pride Is for Lovers!

Published:
Friday, July 9, 2010
Join the ACLU of Washington at Saturday in the Park on July 10, 2010 from 10:00 am – 6:00 pm for a day of fabulousness and activism!  This event will take place on the Esther Short Commons located at the corner of 6th and Esther Streets in Downtown Vancouver (map). The LGBT civil liberties pendulum continues to sway in 2010.  When will it stop? I do not know.  What I do know is that the ACLU of Washington continues to fight tirelessly for the rights of lesbian, gay, bisexual and transgender folks to enjoy equal access to marriage, in the military, from discrimination and for our youth.  ACLU-WA is so busy; it is often difficult to keep up.  Are you up to date on Witt V. U.S. Air Force? Don’t worry; I wasn’t before this week began.  The Clark County Chapter will be smiling proud at the ACLU-WA booth ready to answer questions like… How is the ACLU-WA currently working to protect my civil liberties? Are there any upcoming public education events? How do I become a member of the ACLU-WA? How can I volunteer for the ACLU-WA? Is my outfit cute or what? The ACLU of Washington demands equal treatment for all people in America under the law, regardless of sexual orientation and gender identity.  Stand with us as we stand with you and have a Happy Pride!
Read more

The US Social Forum: “Another World is Possible. Another US Is Necessary"

Published:
Wednesday, July 7, 2010
I spent a week in Detroit attending workshops, plenaries, meeting lots of new people, and discussing ideas. This may sound like a typical conference, but the US Social Forum (USSF) is more than workshops and networking. The USSF is a movement building process where activists and advocates from across the country gather to share ideas, cultivate relationships for effective action, engage in dialogue on how to create "another world" - one that is free from racism, homophobia, sexism, and other forms of inequality and unfairness. Throughout the week, my activist spirit was rejuvenated and inspired – and the energy continues. Read more
Read more