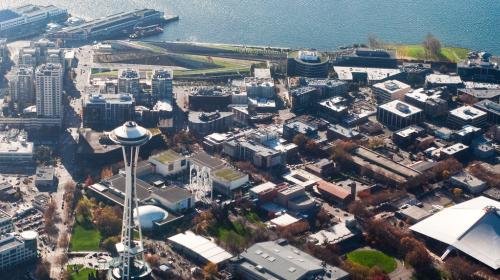 The City of Seattle needs to develop clear and transparent policies for the use of aerial drones as a tool in law enforcement, the ACLU of Washington said today. Guidelines are needed to protect personal privacy against improper use of drones and to ensure that government does not use the technology to engage in surveillance of political activity.

“Police drones have valuable uses, but they also provide an unprecedented ability for the government to engage in surveillance of the activities of law-abiding people. It is essential that Seattle’s mayor and city council show leadership in developing policies to safeguard privacy and free speech rights,” said ACLU of Washington executive director Kathleen Taylor.  “We need to have a public dialogue and public input about the use of police drones over Seattle’s skies.”

The ACLU is calling for City leaders to develop clear and transparent guidelines for deployment of drones that would specify the following:

·         How long information collected by drones may be kept

·         An auditing process to ensure adherence to policies for drone use

In December, the national ACLU issued a report on domestic use of drones, Protecting Privacy From Aerial Surveillance, that warned our nation’s current privacy laws are not strong enough to ensure that the new technology will be used responsibly and consistently with democratic values.

The report pointed out that guidelines are needed so that we can enjoy the benefits of this technology without bringing us a large step closer to a ‘surveillance society’ in which our every move is monitored, tracked, recorded and scrutinized by the authorities. The ACLU report is available at aclu.org/DomesticDronesReport.

“Drone technology opens up a new opportunity for cheap aerial surveillance. We need safeguards to make sure that law enforcement does not use domestic drones to engage in fishing expeditions and intrusive surveillance that would erode the privacy that we have always had as Americans,” said the ACLU-WA’s Kathleen Taylor.

The ACLU-WA’s call for safeguards comes after the Electronic Frontier Foundation last week revealed that it had obtained documents showing the Seattle Police Department recently obtained approval from the Federal Aviation Administration to use unmanned aerial drones.