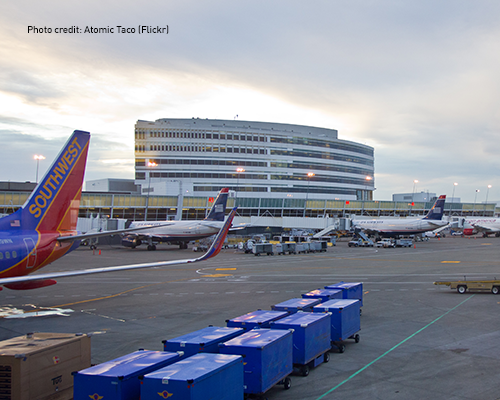 The ACLU of Washington today joined ACLU affiliates in Montana and North Dakota to file a Freedom of Information (FOIA) request with the regional U.S. Customs and Border Protection (CPB) office to learn how Trump administration officials are interpreting and executing the president’s Muslim ban.

In some areas, CPB agents have acted in violation of federal courts that ordered a stay on the ban’s implementation. The filing today is part of a coordinated effort from 50 ACLU affiliates, which filed 18 FOIAs with CBP field offices and its headquarters spanning over 55 international airports across the country.

“We are taking this action to obtain information about how the Muslim travel ban is being carried out in practice. We want to ensure that people’s rights will not be violated,” said ACLU-WA legal director Emily Chiang.

In Seattle, two clients represented by the ACLU of Washington and the Northwest Immigrant Rights Project were released from Border Patrol custody at SeaTac Airport this past Sunday. The ACLU does not know of any other individuals currently in federal custody at airports in Washington state. However, media reports indicate that some CBP officials around the country have detained and deported individuals, even after federal courts ordered officials to stop enforcing the executive order following a court challenge from the ACLU and other organizations.

The Trump administration has yet to inform the public of how many refugees, visa holders, and legal permanent residents have been affected by this action.
Explore More:
Border Patrol & ICE
Immigrant Rights
Religion
Related Files