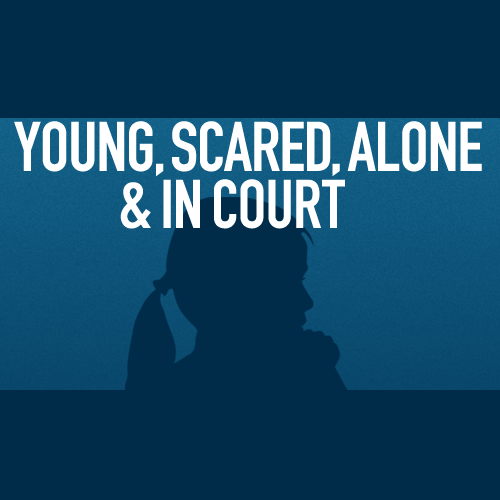 SEATTLE – The American Civil Liberties Union, American Immigration Council, Northwest Immigrant Rights Project, Public Counsel, and K&L Gates LLP today filed a nationwide class-action lawsuit on behalf of thousands of children who are challenging the federal government's failure to provide them with legal representation as it carries out deportation hearings against them.

Each year, the government initiates immigration court proceedings against thousands of children. Some of these youth grew up in the United States and have lived in the country for years, and many have fled violence and persecution in their home countries. The Obama administration even recently called an influx of children coming across the Southern border a "humanitarian situation." And yet, thousands of children required to appear in immigration court each year do so without an attorney. This case seeks to remedy this unacceptable practice.

"If we believe in due process for children in our country, then we cannot abandon them when they face deportation in our immigration courts," said Ahilan Arulanantham, senior staff attorney with the ACLU's Immigrants' Rights Project. "The government pays for a trained prosecutor to advocate for the deportation of every child. It is patently unfair to force children to defend themselves alone."

The plaintiffs in this case include:

All are scheduled to appear at deportation hearings without any legal representation and face a very real risk of being sent back into the perilous circumstances they left.

While the Obama administration recently announced a limited program to provide legal assistance to some youth facing deportation hearings, this proposal does not come close to meeting the urgent need for legal representation for all children whom the government wants to deport. And there is no guarantee that additional funding proposed by the administration yesterday will materialize or meet the overwhelming need. In the meantime, children continue to appear alone in court every day.

"While our law firm, and others around the country, provide free legal services to children facing the injustice of appearing alone in court, we can help only a small fraction of the children in need," said Theo Angelis, a partner at K&L Gates LLP.

Kristen Jackson, senior staff attorney with Public Counsel, a not-for-profit law firm that works with immigrant children, added, "Each day, we are contacted by children in desperate need of lawyers to advocate for them in their deportation proceedings. Pro bono efforts have been valiant, but they will never fully meet the increasing and complex needs these children present. The time has come for our government to recognize our Constitution’s promise of fairness and its duty to give these children a real voice in court."

The complaint charges the U.S. Department of Justice, Department of Homeland Security, U.S. Immigration and Customs Enforcement, Department of Health and Human Services, Executive Office for Immigration Review, and Office of Refugee Resettlement with violating the U.S. Constitution's Fifth Amendment Due Process Clause and the Immigration and Nationality Act’s provisions requiring a "full and fair hearing" before an immigration judge. It seeks to require the government to provide children with legal representation in their deportation hearings.

"Deportation carries serious consequences for children, whether it is return to a country they fled because of violence and persecution or being separated from their homes and families. Yet children are forced into immigration court without representation – a basic protection most would assume is required whenever someone’s liberty is at stake. Requiring children to fight against deportation without a lawyer is incompatible with American values of due process and justice for all," said Beth Werlin, deputy legal director for the American Immigration Council.

"It is simply unacceptable that children are forced to stand alone before an immigration judge, pitted against trained attorneys from the federal government," said Matt Adams, legal director for Northwest Immigrant Rights Project. "Any notion of justice or fair play requires that these children be provided legal representation."

The complaint, this press statement, and more information about the case are available on the ACLU of Washington website.

In late September, the court denied the plaintiffs’ motion for a preliminary injunction.  The case is proceeding on the main issue of whether the government must provide attorneys to the immigrant children facing deportation.