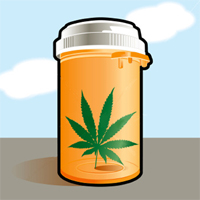 The Washington Supreme Court has agreed to review a case in which an employee was fired solely for her lawful use at home of marijuana for medicinal purposes. The ACLU of Washington had filed an amicus memorandum urging the court to review the case in order to ensure that the rights of individuals under our state’s medical marijuana law are adequately protected.

A 2009 Court of Appeals decision in the case (Roe v. TeleTech) held that Washington’s medical marijuana law only protects someone from criminal prosecution and provides no protection in employment situations. Washington’s Medical Use of Marijuana Act was adopted by the state’s voters in 1998 to enable individuals suffering from specified medical conditions to use marijuana with the recommendation of their physician.

“It is important that employers respect the private medical choices employees make in consultation with their physicians. As long as the job is not safety-sensitive and the employee’s performance is not impaired, patients should not be forced to choose between a physician-authorized treatment and gainful employment,” said Alison Holcomb, ACLU of Washington Drug Policy Director.

The case arose from the 2006 firing of authorized medical marijuana patient Jane Roe (who is using a pseudonym to protect her identity) from a company called TeleTech Costumer Care Management. Roe was hired by TeleTech to be a customer service consultant, which required answering phones and responding to e-mails. She informed TeleTech about her medical use of marijuana during the hiring process, providing the company with a copy of her physician’s authorization. However, when Roe’s pre-employment drug screen tested positive for THC, an active ingredient of marijuana, she was fired. Roe had worked at TeleTech for over a week without issue. Roe filed suit in Kitsap County in 2007.