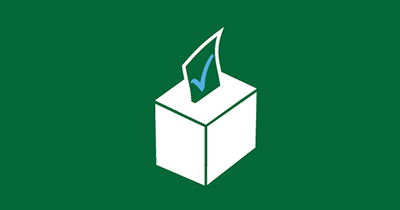 Q: What is the Montes case about?

In 2012, the ACLU filed a lawsuit (Montes v. Yakima) on behalf of Yakima residents Mateo Arteaga and Rogelio Montes in the U.S. District Court for Eastern Washington, charging that Yakima’s at-large City Council election system violated Section 2 of the federal Voting Rights Act. The suit said that Yakima’s election system consistently allowed the majority population to defeat the candidates preferred by Latino voters and deprived Latinos of an equal opportunity to elect representatives of their choice.

In August 2014, the Court agreed, finding that the system dilutes Latino votes and that “City Council elections are not ‘equally open to participation’ by members of the Latino minority.” In February 2015, the Court issued an order requiring Yakima to implement a plan submitted by the ACLU for seven single-member districts for City Council elections.

Q:  What is the City appealing, and what is the status of the appeal?

Prior to the recent City Council elections, the previous City Council appealed the district court’s decision, asking the U.S. Court of Appeals for the Ninth Circuit to overturn the lower court’s ruling that the at-large election system violated Section 2 of the Voting Rights Act. At the City’s request, however, that appeal was placed on hold until the U. S. Supreme Court rules on another voting rights case from Texas, Evenwel v. Abbott.  That ruling is expected by July 2016.

Q: If the ruling is being appealed, why were the November elections held under the new district system?

Q: Can the City withdraw its appeal?

Q: What would happen to the current City Council members if the City’s appeal of the Montes decision is successful?

Under the new election system mandated by the federal court, four new city council members were elected, three of whom are Latina.  If the Montes appeal were successful, these new council members could potentially be in danger of losing their seats.

Q:  What is the Evenwel case?

The case Evenwel v. Abbott challenges the way Texas (and essentially every other state) draws its State Senate districts.  Plaintiffs in that case argue that the Constitution requires states to draw voter districts according to the number of citizens of voting age, instead of by the overall population in each district. If the U.S. Supreme Court agrees, the ruling could redefine the "one person, one vote" principle that has guided districting since a landmark Supreme Court ruling in the 1960s. Even so, such a ruling will not affect the Montes case, as explained below.

Q:  Why won’t the Evenwel case affect the Montes case?

The Montes case was brought under Section 2 of the federal Voting Rights Act, and challenged Yakima’s election system for City Council.  Evenwel is based on a wholly different and separate constitutional claim.  Even if the Supreme Court rules that states must (or can) draw districts by voting age population, it will not affect the ruling in the Montes case that Yakima’s previous districting system violated the federal Voting Rights Act—and plaintiffs have also proven that it is possible to draw a majority Latino district that would satisfy such a Supreme Court ruling.

Nor would any ruling in Evenwel affect the associated attorneys’ fees already awarded in the Montes case.

Q:  Will the Evenwel case affect the City’s appeal?

As mentioned above, the Evenwel case will not impact the Montes case directly.

Q: Are there advantages to Yakima in maintaining the appeal?

No.  If the Supreme Court ruling in Evenwel requires modifications to the current City Council election system, the City can make the required changes to their election system at that time.

Q:  The City has submitted an amicus brief in the Evenwel case. What does this mean, and does this brief have any impact on the Montes case?

The City of Yakima has submitted an amicus (friend of the court) brief in the Evenwel case supporting the Evenwel plaintiffs’ challenge to the “one person, one vote” principle. Yakima was the only city in the country to file such a brief. This brief reflected the position of the previous City Council. The City of Yakima’s amicus brief has no impact on the Montes case or the City’s ability to withdraw its appeal. There is also no law preventing the City from withdrawing its amicus brief.

Q:  Will it cost the City money not to withdraw its appeal in Montes?

The federal court has ordered the City of Yakima to pay the plaintiffs’ fees and legal costs of $1.8 million.  Fees and legal costs are awarded as compensation for the extensive legal work done in such cases. The fees in the Montes case began accruing interest at judgment and, as a result, will continue to increase during the City’s entire appeal process.  The City has also spent a near equivalent amount on its own attorneys’ fees and expert witness costs.