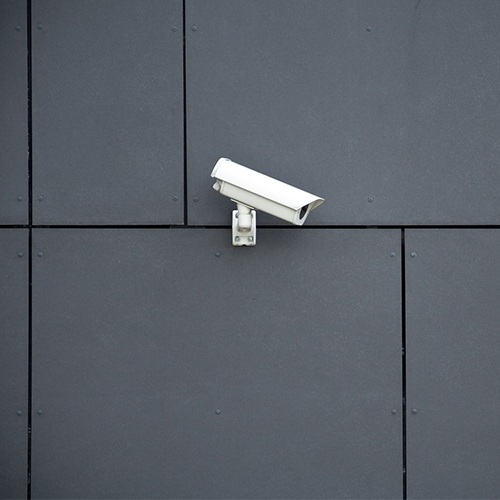 This first appeared on the Opinion page of the Seattle Times.

While you’re strolling the Seattle streets this summer, take a moment to look up. Thanks to the FBI, there’s a new bird in town atop the maples and the power lines: surveillance cameras housed in birdhouse-like “concealments” attached to the City’s utility poles.

The new species was first spotted in the wild last July, and a state public-records request by KIRO-TV yielded limited information from Seattle City Light in November. But most Seattlites likely weren’t aware of their presence in the city until last week, when the Department of Justice sued the City and City Light to prevent the release of additional information about the cameras, including their locations. A federal judge promptly blocked the release of the location information, at least for now.

Whether that decision is correct as a legal matter is complicated. The government claims that “[e]very FBI pole camera is associated with a particular subject or particular investigation,” and that revealing a camera’s location would have a “devastating impact” on ongoing police work. At least in particular cases, that claim may be true, and where it is, the government would likely have the right to keep the cameras’ locations secret. Moreover, some cameras may be so specifically located that disclosing their locations would invade individuals’ privacy by broadcasting to their neighbors and the world that they are under suspicion, even before they have been charged with any wrongdoing.

But even if the specific locations of the FBI’s pole cameras should remain protected, the public is plainly entitled to know far more about the FBI’s use of them, both in general and in particular cases that are no longer sensitive. In its lawsuit, the government is emphasizing that the installation of the pole cameras takes place under FBI guidelines. But those guidelines indicate that the FBI will get a warrant to install surveillance cameras when installation “involve[s] physical trespass”—something the placement of the pole cameras clearly do. And even if the government is correct that its guidelines authorize the FBI’s conduct, it only exposes how brazen its actions are: according to the government, none of the installation must take place under the supervision of any court, and none of it must take place with the permission or even knowledge of the City or any of its residents. (The FBI says it shared limited information about pole-camera installation with the City starting in 2013, but has ceased doing so in response to the City’s public-records release last fall.)

Those positions are the result of the government’s extremely narrow interpretation of the rights protected by the Fourth Amendment. The government believes that because utility poles are in public spaces, no one within their gaze has a constitutionally protected reasonable expectation of privacy—even if the cameras stay put for weeks or months at a time. In a recent case in Ohio, a federal appeals court agreed, holding that ten weeks of video surveillance from a pole camera did not amount to a “search” under the Fourth Amendment.

The ACLU strongly disagrees with that reasoning; to engage in long-term, covert surveillance, police need to get a warrant. The stakes of this debate are high. If the government is correct, there would be no legal obstacle to the government installing a total video surveillance system anywhere it likes—even without specific legislative authorization or any judicial oversight whatsoever.

From what we know, Seattle is not there yet—the public information lists about nine cameras installed by the FBI (and 20 installed by other law-enforcement agencies) between 2011 and 2015. But now is the time for the FBI to come clean about its use of these cameras, and to reform that use to bring it into line with the Constitution and under the supervision of the courts. Simply put, if the government is going to install video-surveillance cameras on Seattle’s (or any other city’s) streets, it should not be permitted to do so on its own and under a veil of perpetual secrecy.

In a promising but limited first step, the DOJ recently changed its policy on the use of stingray devices that collect location information from cell phones, agreeing to seek warrants before deploying them. It should make the same commitment when it comes to pole cameras. That is not just because the Constitution requires it, but because Americans demand it. Far too often, from the NSA surveillance exposed by Edward Snowden to the use of stingrays by small-town police departments, citizens learn about the proliferation of surveillance technologies without ever having the chance to openly debate or discuss them. Recall the outcry that arose when Seattle police acquired drones and when a camera network appeared on Alki—without any public input.

Thankfully, that is starting to change. Earlier this month, Santa Clara County in California passed a landmark law requiring public transparency, accountability, and oversight whenever the county seeks to introduce new surveillance technologies. Proudly, Seattle was an early adopter of this approach. Three years ago, the City Council passed a surveillance ordinance requiring City departments to obtain Council approval prior to installing or using surveillance equipment, and to provide detailed protocols for its operation and its handling of the data collected.

The Council should be applauded for passage of that ordinance, but the emergence of the FBI’s pole cams in the city demonstrates the need to strengthen it. The ordinance should apply not only to City departments installing surveillance equipment themselves, but also to departments cooperating with, or acquiescing to, surveillance by outside entities such as the FBI. Existing loopholes in the ordinance for law-enforcement surveillance need to be narrowed so that entire programs of surveillance require public approval, even if individual instances pursuant to a warrant are exempt from public scrutiny. Most importantly, this approach needs to go beyond Seattle. All jurisdictions, from the smallest town to the entire state and country, should adopt similar rules.

The principle is clear: Surveillance should be a tool of the public, and regulated by the public—not secretly imposed on the public.