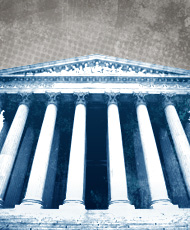 The War on Drugs has left thousands of people locked up under sentencing laws now widely viewed as discriminatory and not based in fact. African Americans have disproportionately and unfairly borne the brunt of this war.

An ACLU-WA brief is taking aim at the effects of an egregious Drug War policy: the lengthy sentences being served because of the government’s wrongheaded distinction between crack and powder cocaine, resulting in a 100:1 crack-powder disparity in sentences. Under this disparity, distributing just five grams of crack cocaine carried the same sentence as distributing 500 grams of powder cocaine. As a result, many African Americans have served disproportionately long stretches behind bar.

Addressing this injustice, Congress passed the ACLU-backed Fair Sentencing Act (FSA) of 2010, which reduced the sentencing disparity between offenses for crack and powder cocaine from 100:1 to 18:1. It also enabled people serving federal prison sentences to have their sentences reviewed by a federal judge, who could possibly reduce them.

In 2011, the U.S. Sentencing Commission voted to apply retroactively the new FSA Sentencing Guidelines to individuals sentenced before the law was enacted. The change has the potential to provide 12,000 people – 85 percent of whom are African Americans – with the opportunity to have a federal judge review their sentences for crack cocaine offenses and possibly reduce them.

But when Tyrone Davis sought to have his 18-year sentence for a crack cocaine conviction reduced, a federal district court judge in Tacoma, and later a three-judge panel of the 9th Circuit Court of Appeals, denied his motion. They ruled that because Davis’s sentence was part of a special kind of plea agreement, it cannot be reduced.

The ACLU-WA recently filed an amicus brief supporting Davis in his appeal before the 9th Circuit en banc. The brief contends that Davis should be able to have his sentence reduced because even when a defendant enters the kind of plea agreement involved here, a judge’s decision to impose the agreed-upon sentence is based on and informed by the sentencing guidelines in effect at the time. The law should offer relief to those serving out sentences that would not have been imposed but for ill-conceived sentencing guidelines which have since been discarded, the ACLU-WA explained.

Davis, who still has nearly five more years in prison on his 18-year sentence, would likely be free today if he had been sentenced within the current U.S. Sentencing Guideline range for his offense of conspiracy to distribute crack cocaine—97 to 121 months. But Davis was sentenced after he agreed to a 216-month plea bargain entered into under the shadow of old, drug war-era guidelines.

The Court is now considering whether there is any remedy available to Davis. Hanging in the balance are all those defendants who entered the kind of pleas he did while staring down the barrel of a harsh, drug-war-era sentence.