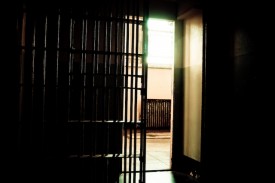 Way back in 1980, Washington state “officials asked themselves a hard question about why the state led the nation in the disproportionate incarceration of African Americans.”  Fast forward to 2007 and you can see how the problem still exists. The state’s own Sentencing Guideline Commission reported in 2007 that African Americans were 3% of the state’s population, but “received 14.91% of all felony convictions and were the most over-represented racial group ….”

The Commission’s 2007 report on juveniles showed the same thing:  “African Americans comprise 4.34% of the juvenile population in Washington but received 15.65% of all juvenile dispositions, and were the most over-represented racial group ….”

“Glaring” disparities indeed, as the op-ed points out. And it explains that the trial judge in the case of Farrakhan v. Gregoire found there is "uncontested," "compelling" and "persuasive" evidence of racial discrimination throughout Washington's criminal justice system. Plus, “the court found that African Americans, Latinos and Native Americans are treated differently than are similarly situated whites at every stage of the criminal-justice system, and that the difference clearly hinders the ability of minorities to participate effectively in the political process."  To put it bluntly, “What the evidence showed — and what the state itself conceded — is that the racial disparities evident in Washington's criminal-justice system do not reflect actual rates of participation in criminal activity, but rather are attributable to racial bias.”

The Farrakhan case was filed in federal district court in Spokane 15 years ago, in 1996. The plaintiffs who brought the case are African-American, Latino and Native American individuals with felony convictions who are denied their voting rights under Washington law because of the conviction, and have not had their voting rights restored. (For more info on when voting rights are restored, see here.) The plaintiffs alleged that Washington’s felon disenfranchisement law was an illegal racially discriminatory voting “device” in violation of the federal Voting Rights Act. The district court ruled in favor of the State, but in 2009 a three-judge panel of the Ninth Circuit Court of Appeals ruled that the plaintiffs’ evidence of racial disparities in Washington’s criminal justice system combined with the loss of the right to vote established a violation of the Voting Rights Act. The Ninth Circuit granted the state’s petition to hear the case before a panel of 11 judges, and the case will be argued in San Francisco on September 21, 2010. The ACLU has filed several friend-of-the-court briefs in the case.

More info on the Farrakhan case, including the ACLU’s brief is available at here.

In light of the compelling racial disparity evidence in Farrakhan, the case is about far more than whether felons in prison should be able to vote. Instead, it should prompt all of us to ask the hard question about the racial disparities that state officials raised in 1980. Hopefully we won’t have to wait another 30 years for an answer.