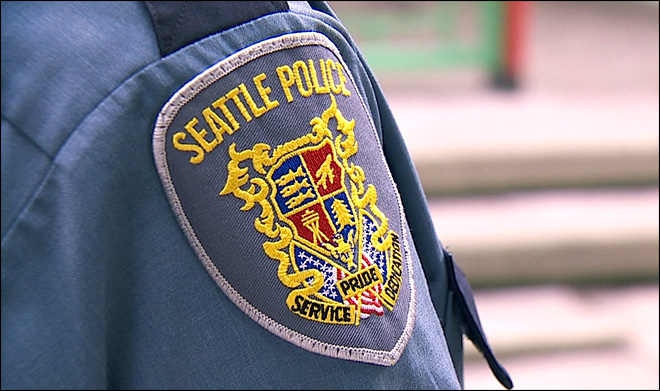 Transforming an institution’s practices and culture takes endurance, dedication, and tenacity.  Doubly so when attempting to transform a police department - an institution modeled on the military - into one that understands its roles as “servants of the Constitution” and “guardians of the community,” as Sue Rahr describes it. Rahr, the former King County Sheriff, is now director of the Washington’s Criminal Justice Training Commission, where at its graduation ceremony she hands every new cadet a pocket Constitution.

Rahr’s appointment to head the state’s police academy in 2012 was part of a string of events giving me hope for transformational change in local policing. The first sign of hope was the Dept. of Justice’s 2011 decision, prompted by the ACLU and 34 community organizations, to investigate the practices of the Seattle Police Department.  The resulting federal lawsuit charged the police department with unconstitutionally excessive force and called attention to racially biased policing. To settle the case, the City agreed to accept detailed and significant reform measures supervised by the court and to create a broad-based Community Police Commission (CPC), on which our deputy director Jennifer Shaw serves with leaders of communities most affected by policing.

CPC members made clear from the beginning that the Commission was not going to be window dressing. Actively engaging communities affected by police work, the CPC presented detailed recommendations to improve police use of force and to reduce racial bias in policing that the City has largely adopted.  And, if approved by the City Council, its recent proposals for the police accountability system will improve discipline, trust, and transparency and provide continuing public input in police practices. The CPC was assisted by the police auditor, Anne Levinson, who for the past many years was a lone voice in City Hall raising exactly the concerns that are now being addressed.

It was another hopeful sign when our new mayor stated publicly that selecting a police chief is the most important appointment he will make.  I served on his committee, chaired by Ron Sims and Pramila Jayapal, to recommend to him the top three candidates for the job.  The committee was united on the need for a new chief who is a “change agent,” who sees the settlement agreement with the DOJ as a floor for reform, not as a ceiling; someone who regards policing as a service to the community, not as urban warriors; someone who treats all segments of Seattle with respect.

A final ray of hope and a hint of the culture change we want to see was the SPD’s handling of the May Day anarchist protesters. The afternoon immigrant rights march, as usual, proceeded without a hitch.  That evening saw an hours-long, circuitous march by protesters who marched in the streets without obtaining a permit or otherwise revealing their route, making traffic control difficult.  When some protesters attempted to incite a line of officers, a commander stepped in to make sure the officers didn’t escalate the situation. Showing restraint and patience can reduce confrontation rather than escalate it.

There have been plenty of bumps in the road as Seattle has lurched toward change, and there will be more bumps along the way.  But with some seasoned leaders and the ACLU’s commitment to vigilance, we are moving towards meaningful change.