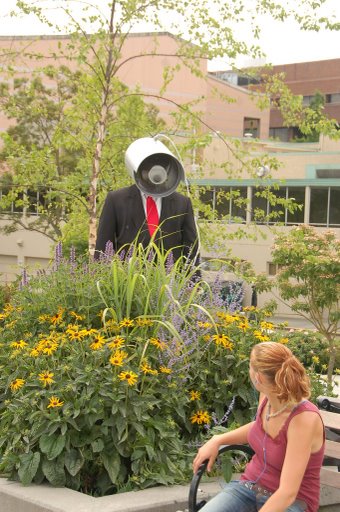 In February 2008, without notice and despite a city council budget restriction to the contrary, former Seattle Mayor Greg Nickels pulled a political end-around to have police surveillance cameras installed in Cal Anderson Park. At the time, the action was defended with the explanation that this was just a pilot program that would allow the the city to evaluate the effectiveness of the cameras. The forced pilot project ended in late January of this year, but as of April, the cameras were still recording 24 hours a day, unbeknown to the police or city council.

So, have the cameras been an effective law enforcement tool to prevent or solve crime in the park? In a word, no. The pilot program has been an abject failure, and the time has come for the city to end yet another instance of unwarranted and unnecessary public surveillance by removing or permanently disabling the park cameras. Law enforcement can offer no studies or data showing that public surveillance cameras are an effective means of crime prevention or investigation. Rather, during recent Parks Committee meetings where Councilmember Sally Bagshaw has, thankfully, re-opened the issue to public debate, Seattle Police Department officials have spoken vaguely about the general "good" of public surveillance cameras as a law enforcement tool, or have offered anecdotal narratives of random instances around the globe in the past decade where a surveillance camera was of some use. This is not to say, however, that there is no data.

Seattle police made approximately five requests for live investigation assistance using the cameras and reviewed stored footage six times during the pilot. In not one of these instances were the cameras of any use whatsoever. None. The city auditor's review of the pilot program was unable to determine whether the cameras have had any effect on crime prevention, but noted that a scant 4% of people polled felt safer because the cameras were there. Despite this, the police department has argued the cameras should remain, because the ongoing cost would be insignificant and because the cameras might someday prove effective. Or, as one official put it, "I wouldn't want to be the decision maker to take the cameras out for when an incident happens."

0 for 11 is not a good record. If this were an employee, the person would have been fired well before reaching 11 failures. If it were a vendor that failed to produce in each of the 11 times they were called upon, they would be dropped. In no instance, however, would the employee or vendor be allowed to continue on unimpeded with the vague threat that something horrible might one day happen which would supposedly vindicate all past fails. Yet, this is exactly what the police department is asking for; all the while overlooking the desire of the people to be free from unwarranted government spying.

By definition, a pilot project must reach an end, at which point the effectiveness of the project is evaluated. That time is now and the evaluation is simple; public surveillance cameras in Cal Anderson park have not been an effective law enforcement tool in any way whatsoever. The city should act swiftly to remove them so we can all go back to enjoying all of the city's public parks without big brother prying into our leisure.

Photo courtesy of the Camerahead Project