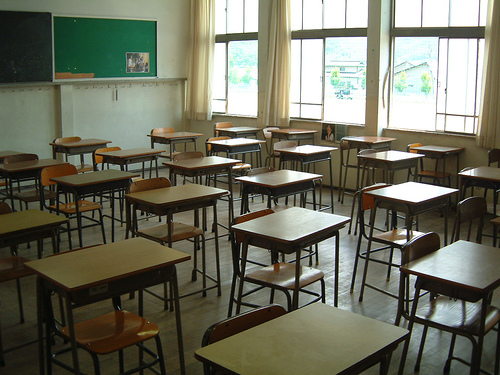 This week, one of the largest school districts in Florida announced it is replacing suspension and expulsions with a new restorative approach to school discipline – the same type of alternative approach that the ACLU of Washington is promoting here in Washington state.

Broward County School District has entered into a Collaborative School Discipline Agreement that focuses on restorative discipline practices aimed at keeping kids in the classroom rather than suspending or expelling them for misbehavior.

Restorative discipline has students who misbehave take responsibility and make amends for their actions, such as by apologizing or performing community service.  Rather than simply punishing and ostracizing students through suspensions or expulsions, restorative discipline addresses the needs of all parties involved (victims, community, and offenders).   Disruptive students may still be removed from class (and of course students posing safety risks may be removed from the school). But rather than just kicking a student out of school, efforts are made to repair the situation and put the student in a better position to learn.

Across the country in places such as Oakland, Denver, Baltimore, Chicago, and now Broward County, Florida, restorative discipline efforts are paying off.  Suspensions and expulsions are way down, test scores and graduation rates are up, and the overall school climates have vastly improved.  All by simply taking the time to get to the bottom of a student’s misconduct rather than just getting rid of the student.

Here in Washington, the tide is starting to turn as some schools and districts are getting smart about discipline.  For example, First Creek Middle School in Tacoma,  Lincoln High School in Walla Walla and every school in the Highline School District have all started using alternative approaches to school discipline and all have seen the same positive results – suspensions down, grades up, behavior improved.

Through our Education Equity project, and with the great examples being set by these schools, the ACLU is working to see alternatives to suspension and expulsions adopted by schools throughout the state.

For an in-depth look at the impact of suspensions and expulsions in Washington and the racial injustice of these practices, see Reclaiming Students.