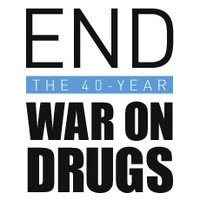 Although President Nixon gets credit for declaring the "war on drugs," it is really state officials who have been waging the war. In 2009, there were nearly 1.7 million arrests for drug crimes in the U.S., the vast majority of which were made by state law enforcement officers. And these arrests came under laws passed by state lawmakers. So the number of individuals in state prisons and jails for drug crimes far outnumbers those in federal prison, despite the fact that more than half of all federal prisoners are there for drug crimes.

Because state officials are serving as the front-line troops in the "war on drugs," efforts to reform drug laws should focus on the states.

Washington state provides a good example of how significant drug policy reforms can be achieved at the state level (even though the "war on drugs" is still alive and well in the Evergreen State). The ACLU of Washington and its Drug Policy Project have made real progress over the last several years in changing laws and getting policymakers to view drug use as a public health issue instead of a criminal one. These successes have been accomplished in the courts, in the legislature, and via public education. Here are a few notable examples.

In the courts, the ACLU-WA gained landmark rulings in two cases challenging unnecessary and degrading drug tests. In a ruling against what it called "a humiliating procedure," a state appeals court found (in Robinson v. Seattle) that the City of Seattle's program of requiring urine tests of successful applicants for employment violated the state constitution. Again relying on the state constitution, the Washington Supreme Court unanimously ruled (in York v. Wahkiakum) that a school district's policy of suspicionless urine testing for students who participate in extracurricular athletic activities was unconstitutional. The plaintiffs challenging the policy were a deputy sheriff and a physician.

Significant advances have also come through legislative advocacy. The state's voters approved a medical marijuana law by ballot initiative in 1998, and the ACLU-WA was heavily involved in gaining passage of bills that improved this law in 2007 and 2010. Also in 2010, Washington became only the second state in the U.S. to pass a 911 Good Samaritan law, which provides limited immunity to encourage people who witness overdoses to save lives by calling 911 for help.

The ACLU-WA's Marijuana: It's Time for a Conversation campaign has also helped change the debate surrounding drug laws in Washington state. This multimedia public education effort was designed to get the public talking about marijuana laws; it features a website, an instructional booklet, and a half-hour video narrated by travel author and TV host Rick Steves. The video has been viewed by tens of thousands of people and the website has been visited over half a million times. A series of panel discussions and video screenings have been hosted across the state, often to packed houses.

The change in the climate of public opinion about Washington's marijuana laws in recent years has been remarkable. How to shift from treating marijuana use as a criminal matter to a public health concern is now a major part of the conversation. This spring the state's largest newspaper, the Seattle Times, came out in favor of full legalization.

It was only after states changed their alcohol laws that the federal government was forced to end Prohibition. To move forward toward ending the failed approach of the "war on drugs," we need to focus attention on what can be accomplished in the states.