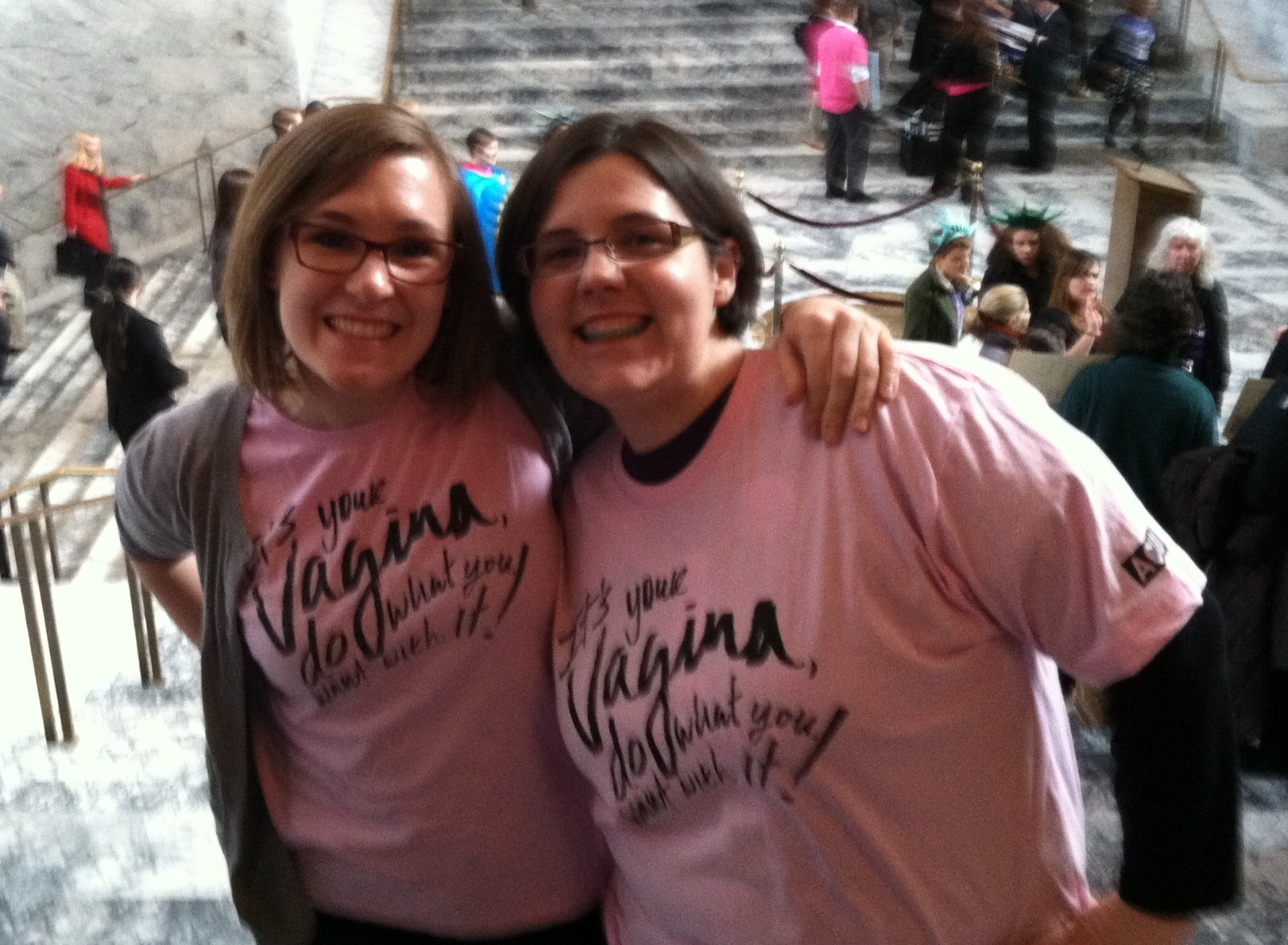 On Monday, I did something that I have never done before. Instead of just signing an online petition, I left my laptop at home and participated in the Reproductive Health and Rights Lobby Day in Olympia. I was joined by my dear friend Mary and a few hundred pro-choice activists from across the state of Washington.  It was announced that all but  four legislative districts were represented.

We were there to lobby for the Reproductive Parity Act (RPA), HB 2148. This ACLU-supported bill mandates that all insurance plans which cover maternity care must also provide coverage for abortions.

The day kicked off with an enthusiastic rally in the Capitol rotunda, where Lady Liberty (wearing a Marshawn Lynch jersey) led the group in chants. During the rally women from around the state told stories of why they care deeply about this issue. Rep. Eileen Cody, who is sponsoring the bill, spoke to us about why she is a supporter while wearing a bright pink Planned Parenthood Votes shirt. State Senators  also showed up to let us know they support the RPA.

After the rally I joined other constituents from my legislative district (the 37th) for meetings with my representatives and their assistants. We introduced ourselves, shared personal stories on why the RPA is important, and urged them to support it. It was a great meeting and wonderful to get some face-to-face time with the people who are working hard to represent us.

I decided to attend the lobby day because I felt it was time to get more involved in advocating for the issues that I am passionate about. In the past year, a woman’s right to choose has been under attack in many states across our nation.  I believe that is a woman’s right to decide what happens to her body, that it’s a decision between herself and her conscience. I have been lucky to be born and raised in a state that has valued a woman’s right to choose.

It’s easy to think in our progressive state that pro-choice rights are a given, but there is still work to be done. I am thankful to organizations like NARAL Pro-Choice Washington, Planned Parenthood Votes, and the ACLU of Washington for working hard to preserve my rights and the rights of all women in Washington.  I hope that Washington state can be a leader by passing the Reproductive Parity Act, then others can follow in our footsteps.