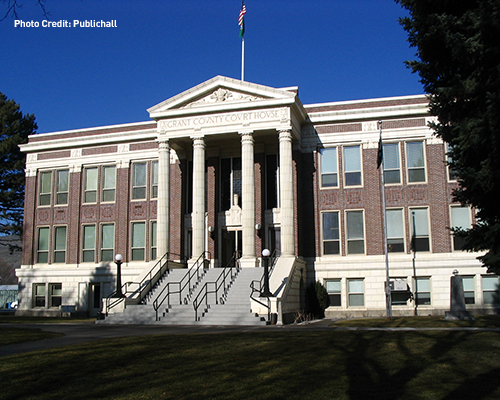 The ACLU of Washington has filed a petition asking the Washington Supreme Court to direct the Grant County District Court to comply with a Supreme Court ruling that requires them to determine a person’s ability to pay Legal Financial Obligations (LFOs) before imposing these court debts.  When courts impose LFOs on people who cannot afford to pay them, individuals remain trapped in debt, stuck in poverty, and tied to the criminal justice system.  Although the suit focuses on Grant County, similar practices exist in many courts around the state.

LFOs are the fines, fees, court costs and interest that accompany every criminal conviction in Washington. In State v. Blazina, the Court in 2015 found that trial courts must make an individualized inquiry into the defendant’s current and future ability to pay before imposing court costs, and must consider important factors, such as incarceration and the defendant’s other debts.  Moreover, the Court stated that if a person meets established criteria for determining indigence, like receiving needs-based public assistance or having an income at or below the poverty level, courts should “seriously question that person’s ability to pay LFOs.”

“Regrettably, many district courts have not been fulfilling their responsibility to ensure that individuals who come into their courts are not punished for their poverty when the courts impose legal fees on individuals. We’re asking the Supreme Court to step in to make sure lower courts do their duty under the law,” said Prachi Dave, ACLU-WA staff attorney who filed the petition. “The Supreme Court’s ruling in Blazina should help people coming out of the criminal justice system to avoid getting stuck in the cycle of debt and poverty. But the ruling has to be enforced.”

The ACLU-WA’s petition brings to the Court’s attention the case of Disean Killian, whom a Grant County District Court judge ordered to pay LFOs without inquiring as to whether he could pay them—despite knowing that Killian was represented by a court-appointed lawyer because he could not afford to hire one. Killian was not advised of his rights and did not know that he had a right to an individualized assessment of his ability to pay.

At the time of his sentencing, Killian had no assets and was unemployed, with no income. It had been several months since he last worked as a gas station attendant. He was receiving assistance from a church to pay his rent and was reliant on food stamps to pay for food. His partner, with whom he lives, was also not working.

The debt imposed on Killian is likely to be a continuing burden as he seeks to rejoin society. If left unpaid, it could be transferred to a collection agency where it will begin to accrue at an interest rate of 12 percent – making it virtually impossible for him to pay. The ACLU-WA is asking the state Supreme Court to require that the trial court in Grant County make an individualized inquiry into Killian’s ability to pay, as directed by its Blazina ruling.

Further, we are requesting that the Court issue a remedy that adequately protects the rights of all individuals appearing in the sentencing court. This would create the possibility of relief for Killian and many others like him and ensure that the promise of Blazina is made a reality.  Lower courts have proven not to provide an effective remedy. In Grant County last year, only 8 appeals were filed in Superior Court out of 2,000 cases potentially involving LFOs.

The practices in Grant County highlight a systemic problem across the state. A number of district courts fail to conduct an individualized inquiry into ability to pay required by Blazina, leaving thousands of indigent individuals owing LFOs without any remedy or relief in sight.

For people coming out of the criminal justice system, being saddled with court debt makes it difficult for them to successfully rejoin society. Ultimately, this practice has ramifications for society as a whole, depriving the broader community of individuals who could successfully contribute to society.

“Requiring judges to conduct an individualized assessment of ability to pay at the point at which LFOs are imposed allows individuals to disentangle themselves from the criminal justice system sooner rather than later,” said ACLU-WA attorney Prachi Dave. “However, if courts across the state fail to implement this procedural safeguard offered by Blazina, the Court’s decision— and its promise for ensuring fairness— are meaningless.”