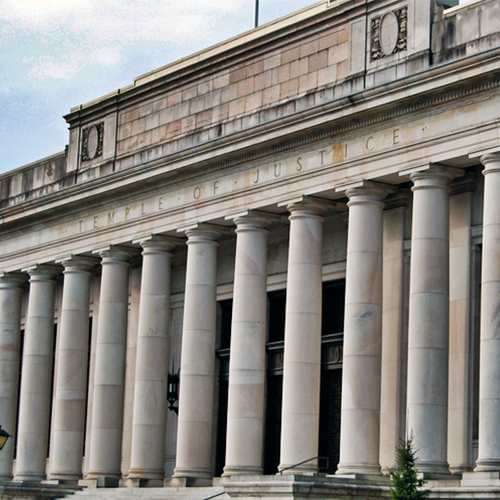 In a friend-of-the-court brief, the ACLU is urging the Washington Supreme Court to end the death penalty in Washington state.  Joining in the brief saying the death penalty system is unconstitutional are 56 former and retired judges from around the state, Murder Victims’ Families for Reconciliation, several faith organizations, the League of Women Voters of Washington, and others.

Oral argument in the case (State v. Gregory) is being held on February 25 at 9:00 am, with ACLU Deputy Legal Director Jeffery Robinson presenting part of the argument.

The brief asserts that the state’s system of capital punishment is fundamentally flawed and must be struck down: “The Washington scheme unfailingly results in arbitrary death sentences, sentences predicted by geography and race rather than the gravity of the crime and the circumstances of the accused’s life, and sentences devoid of any legitimate penological purpose.”

As the brief explains, the imposition of the death penalty is influenced by intractable racial discrimination. Indeed, one recent study found that Black defendants in Washington are four and a half times more likely than white defendants to receive a sentence of death. Washington’s capital sentencing scheme exists within the confines of the state’s larger criminal justice system—a system fraught with racial bias.

The brief summarizes the decline in the use of the death penalty in Washington, among other arguments for ending capital punishment in the state. In the decades before 1960, Washington executed 105 inmates. But in the past 50 years it has executed only five inmates.

The brief concludes, “a system where the location and county coffers matter more than the nature of the crime, where race predicts who will be executed, and where evidence of systemic flaws dwarf any claims of efficacy is nothing but cruel—so cruel that it violates Washington’s Constitution and must be banned.”

The brief and listing of groups and individuals joining the brief can be found at our case information page.