Update Sept. 1, 2009: The appellate court remanded the case to trial court for consideration of the woman's compelling privacy interests.

Today the Washington Court of Appeals heard oral argument in a case (Indigo Real Estate Services v. Rousey) involving a woman's right to protect her privacy in court records. The woman sought to substitute her initials for her full name on an eviction notice that was later dismissed. In a friend-of-the-court brief, the ACLU of Washington asserted that protecting the privacy of a domestic violence survivor outweighs the public interest in access to records.

Ashlee Rousey lives with her child in a King County apartment rented from Indigo Real Estate Services. After several violent altercations with her former partner, Rousey called the police, who prohibited the partner from returning. When she told Indigo about the situation, the housing manager ordered her to leave. Rousey didn't leave, and Indigo filed a complaint to begin eviction proceedings in Superior Court. One week later, Indigo agreed to dismiss the case after acknowledging that it is a violation of state law to evict or discriminate against a tenant because she is a victim of domestic violence.

Rousey then sought to replace her full name with her initials in the Superior Court Information System record of the Indigo complaint. Landlords using tenant-screening companies routinely deny housing applications based on the mere existence of legal complaints, and Rousey wanted to avoid being discriminated against because of the complaint, which was meritless. In May, the Superior Court denied her motion.

In its brief, the ACLU points out that the law authorizes redaction – editing – of court records when "privacy or safety concerns are compelling." The brief explains that domestic violence survivors become homeless not only because of their abuse but also because of discrimination by landlords based on their status as victims. Further, protecting the survivors' identities also affords them more safety from further abuse.

Finally, if domestic violence survivors know their safety and chances for finding new housing will be jeopardized because their names are left on an eviction record, they may be forced to acquiesce to discriminatory eviction or to remain in a dangerous situation with an abuser.

"Preventing Ms. Rousey from redacting her name plays into the hands of abusers," said Dunne. "Anti-discrimination laws can't be effective if landlords can file baseless lawsuits that follow survivors to their next location — even if those lawsuits are immediately dismissed."

The brief was written by Sandra Park of the ACLU Women's Rights Project and ACLU-WA Legal Director Sarah Dunne. 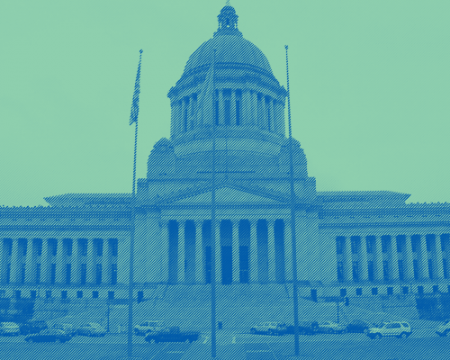 Read the ACLU-WA's legislative goals for 2020