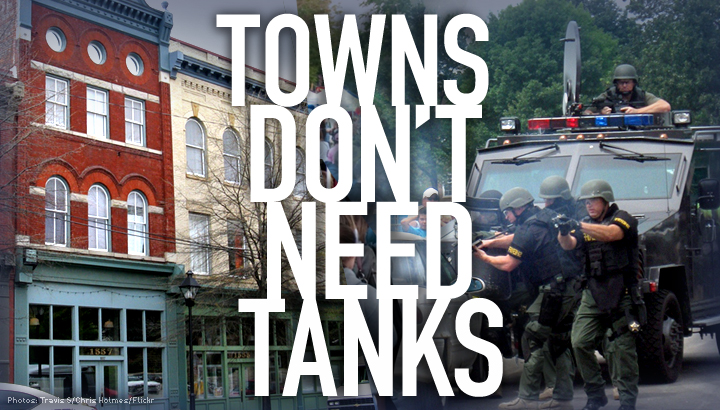 The ACLU of Washington and ACLU affiliates in 23 other states today simultaneously filed public records requests to determine the extent to which local police departments are using federally subsidized military technology and tactics that are traditionally used overseas.

“The public deserves to know how much our local police are using military weapons and tactics for everyday policing,” said Brian Robick, ACLU-WA senior policy strategist. “We need to make sure these resources and tactics are deployed only with rigorous oversight and strong legal protections.”

The ACLU-WA filed public disclosure requests with local law enforcement agencies in Spokane County, Whatcom County, Pierce County, and Quincy, as well as the WA State Patrol and the WA Military Department, seeks information on the use of:

Cutting edge weapons and technologies, including:

Another request, filed with the Washington National Guard, seeks information regarding:

Once the information has been collected and analyzed, the ACLU will use the results to recommend any needed changes in law and policy governing the use of military tactics and technology in local law enforcement.