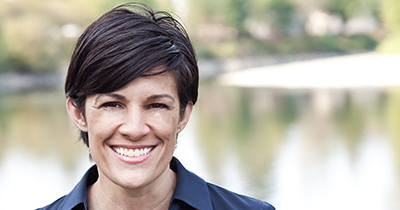 Alison Holcomb, criminal justice director at the ACLU of Washington, has been tapped to serve as the national director of the ACLU Campaign to End Mass Incarceration, the ACLU’s national executive director Anthony Romero announced today.

The Campaign to End Mass Incarceration seeks to reform state-level criminal justice policies that have increased incarceration rates dramatically during a period of declining crime and have exacerbated racial disparities. Holcomb will lead a nationwide effort in conjunction with ACLU state affiliates around the country. “We’ve had 40 years of widening the criminal justice net too far and have relied too heavily on punishment to address social and health problems,” Holcomb said. “We’ve drained coffers and cut people off from jobs, housing, and family stability – the very things they need to succeed in society.”

The ACLU national office also announced that it has received a $50 million grant from The Open Society Foundations in support of this work.  The announcement comes just a month after the ACLU-WA received a $10 million endowment gift to support the ACLU’s work to reduce the needless funneling of people into the criminal justice system, especially the most down-trodden. The local gift, the Floyd and Delores Jones Transformational Fund for Justice, was made by Seattle stockbroker and philanthropist Floyd Jones.

“Alison’s new national position and the resources available to her will allow her to expand on the great work she has done with the ACLU of Washington,” said ACLU-WA executive director Kathleen Taylor. At the ACLU-WA, Holcomb authored I-502, Washington’s law creating a system of legal, taxed, and regulated marijuana sales for adults, and in 2012 she was loaned to run the successful New Approach Washington ballot measure campaign. She also helped pass a 911 Good Samaritan drug overdose prevention bill and was a key player in Seattle and King County’s innovative pre-booking diversion program, Law Enforcement Assisted Diversion (LEAD).

In this week’s election, voters in several states expressed interest in significant changes to their criminal justice systems.   Oregon and Alaska passed measures to legalize, regulate, and tax adult sale of   marijuana.  California voters approved a ballot measure – Proposition 47 – which lowers personal drug use and small-scale property crimes from felonies to misdemeanors, and distributes the criminal justice savings to substance abuse and mental health treatment, anti-truancy programs, and victims’ services. The ACLU aided its passage with a $3.5 million investment.

“The states are serving as laboratories for addressing inequities in our criminal justice system, and Washington state is a national model for drug policy reform,” said Taylor.

The nation’s adult jail and prison population numbers over 2.2 million, with one in 100 adults behind bars – the highest incarceration rate in the world. The ACLU intends to cut that number in half by 2020, with the most ambitious effort to end mass incarceration in American history.

“Americans are recognizing that we can’t arrest our way out of every social problem and, in fact, the overuse of our criminal justice system has been making matters worse,” said ACLU Executive Director Anthony D. Romero. “Elected officials on both sides of the aisle now see clearly the disastrous results of the ‘tough on crime’ politics of the 1980s and ‘90s. The ACLU is partnering with allies across the entire political spectrum to take a new approach and get the work done.”

For more information on ACLU’s Campaign to End Mass Incarceration, go to: https://www.aclu.org/feature/campaign-smart-justice