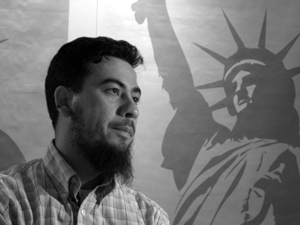 An Edmonds pharmacist who is falsely listed on a federal terrorism watch list as "armed and dangerous" is suing to end harassment and detentions by government officials. Shimrote Ishaque, a U.S. citizen of Pakistani origin, today joined a class-action lawsuit filed by the American Civil Liberties Union that seeks to insure that innocent Americans are not subjected to repeated humiliating and unnecessary actions when they re-enter the United States after travel abroad.

In the lawsuit, Ishaque is joining nine other citizens who have been subjected to repeated lengthy stops, questioning, body searches, handcuffing, excessive force, separation from family members and confinement by customs officers when they return to the United States