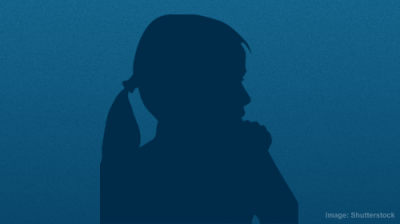 SEATTLE – The American Civil Liberties Union, American Immigration Council, Northwest Immigrant Rights Project, Public Counsel, and K&L Gates LLP have asked a federal court to immediately block the government from pursuing deportation proceedings against several children unless it ensures those youth have legal representation. The move comes as immigration courts are speeding up deportation hearings against children in an expedited process sometimes referred to as a "rocket docket."

The groups filed a lawsuit last month on behalf of thousands of children challenging the federal government's failure to provide them with lawyers in their deportation hearings. The preliminary injunction motion filed late last night specifically asks that the fast-approaching deportation proceedings for several of the named plaintiffs be forestalled until those children are provided with attorneys. The groups also asked the court to hear their motion for class certification as soon as possible, so that other unrepresented children may be protected as well.

"These children face an imminent threat of being deported, potentially to their death," said Ahilan Arulanantham, a senior staff attorney with the ACLU's Immigrants' Rights Project and the ACLU Foundation of Southern California. "To force them to defend themselves against a trained prosecutor, with their lives literally on the line, violates due process and runs counter to everything our country stands for."

The plaintiffs cited in the motion are:

·       A 10-year-old boy, his 13-year-old brother, and 15-year-old sister from El Salvador, whose father was murdered in front of their eyes. The father was targeted because he and the mother ran a rehabilitation center for people trying to leave gangs.

·       A 14-year-old girl who had been living with her grandparents, but was forced to flee El Salvador after being threatened and then attacked by gang members.

·       A 15-year-old boy who was abandoned and abused in Guatemala, and came to the United States without any family or friends.

·       A 17-year-old boy who fled gang violence and recruitment in Guatemala and now lives with his lawful permanent-resident father in Los Angeles.

"In the rush to schedule children's immigration court hearings immediately, we cannot lose sight of the government's obligation to ensure due process," said Beth Werlin, deputy legal director of the American Immigration Council. "Many children are eligible to remain in the United States, but may be ordered deported simply because they do not understand our complex immigration laws and how to prove their claims."

The government initiates immigration court proceedings against thousands of children each year. Some of these youth have lived in the U.S. for years, and many have fled violence and persecution in their home countries. President Obama recently stated that the government response to the influx of children coming across the Southern border will include "fulfilling our legal and moral obligation to make sure we appropriately care for unaccompanied children who are apprehended." And yet, thousands of children required to appear in immigration court must do so without an attorney.

"We argue that these children need legal representation in order to ensure that their legal rights to a full and fair hearing are not violated," said Matt Adams, legal director of the Northwest Immigrant Rights Project. "Instead of protecting the children's legal rights, the government has turned around and implemented an expedited deportation process that further undermines the already meager protections that exist."

The lawsuit, J.E.F.M. v. Holder, was filed in U.S. District Court in Seattle, Wash. It charges the U.S. Department of Justice, Department of Homeland Security, U.S. Immigration and Customs Enforcement, Department of Health and Human Services, Executive Office for Immigration Review, and Office of Refugee Resettlement with violating the U.S. Constitution's Fifth Amendment Due Process Clause and the Immigration and Nationality Act's provisions requiring a "full and fair hearing" before an immigration judge.

Talia Inlender, staff attorney with Public Counsel, a not-for-profit law firm that works with immigrant children, said, "These children, like so many others who contact our office each day, live in fear of being sent back to the violent countries they fled but have no idea how to defend themselves in a courtroom. The government’s rush to deport these children who stand alone and voiceless in court violates our laws and undermines our values as a nation."

The preliminary injunction motion is available by clicking here.