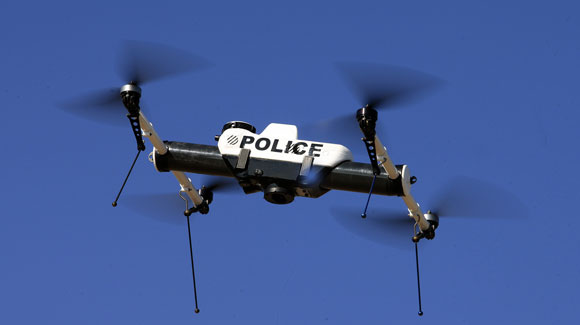 EHB 2789, legislation that puts reasonable regulations in place for government use of drones in Washington state, has passed the Senate with a 46-1 vote, and the House has concurred with a bipartisan 77-21 vote.  The bill has gone to the Governor to be signed into law.

“We are gratified by the very broad support from both sides of the aisle for this legislation. It creates a clear and reasonable framework for the adoption of this emerging technology while continuing Washington’s tradition of strong protections for privacy,” said Shankar Narayan, Legislative Director for the ACLU of Washington, which supports the measure.  “We look forward to the Governor signing it so that Washington can have the benefits of this technology while outlawing pervasive, suspicionless surveillance by our own government using drones,” he said.

Supporters of the bill say that rather than a patchwork of local laws, the legislature needs to establish statewide standards for regulation.  Legislation to regulate drones has been proposed in 43 states and enacted in nine.

“The bill allows for legitimate uses of drones and ensures that public debate happens before they are actually deployed. It sets reasonable, common sense limits on their uses, including banning suspicionless, warrantless, generalized surveillance by drone,” Narayan said.

Unmanned aerial drones give the government unprecedented capabilities to engage in surveillance and other activities that infringe on privacy. They do not have the physical, logistical, or economic limitations of previous methods of information collection, such as fixed camera networks or manned aerial surveillance. Their small size allows them to capture information from new vantage points. Since they are unmanned, they can operate for longer periods of time at a lower cost. And, they come equipped with new surveil-lance technologies, such as high resolution cameras and facial recognition, that enable them to collect very intrusive personal information.

The bill requires agency heads or the legislature to approve before an agency acquires drones.  With the exception of emergencies and other specified legitimate uses, law enforcement agencies would have to obtain a warrant before using drones.  And agencies are required to report how and how often they use drones, to give the legislature and the public more transparency in understanding how these technologies are being deployed.