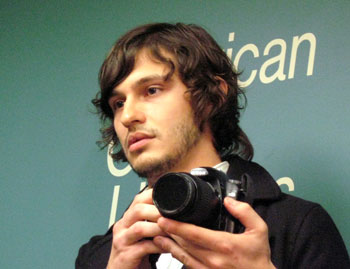 The American Civil Liberties Union of Washington today announced that a Seattle man has obtained a settlement of $8,000 from the city of Seattle after he was arrested simply for taking photographs of police making an arrest. The ACLU represented the photographer in seeking compensation for his wrongful arrest.

"People have the right to take photographs in public places. Police should not be concerned that people are watching when they are performing their duties," said ACLU of Washington Legal Director Sarah Dunne.

Seattle resident Bogdan Mohora was walking on Pike St. near Second Ave. in downtown Seattle on the morning of November 2, 2006, when he encountered two police officers arresting a suspect. An amateur photographer, Mohora stopped briefly and took two pictures of the arrest without speaking to or interfering with the officers.

As he resumed walking, a friend of the person being arrested approached Mohora about getting copies of the photos. One of the officers then told Mohora to hand over the camera. When Mohora asked for an explanation, the second officer said to "cuff him and bring him with us."

Police handcuffed Mohora, seized his wallet and satchel, put him in a squad car and took him to the West Precinct. Police held him for nearly an hour, before releasing him with a warning that he would be charged later for "disturbing the peace," "provoking a riot," or "endangering an officer." Mohora was never charged, and the police appear not to have created a report of his arrest, in violation of departmental policy.

"Being arrested simply for being a witness to police activity was frightening and humiliating," Mohora wrote in his claim against the officers. "It bothers me to think that police can abuse their authority by arresting innocent witnesses, and then not even make standard police reports to document what happened."

Many other photographers have reported being harassed by law enforcement since 9/11, as a result of misplaced fears of terrorism. In 2004, the ACLU assisted photography student Ian Spiers who was questioned by law enforcement for taking pictures at the Ballard Locks, a popular tourist destination. It also assisted a photographer in 2005, when King County Sheriff's deputies seized the memory card in his camera for taking pictures of artwork in the Seattle bus tunnel.