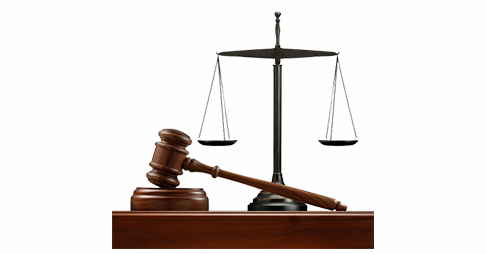 Developments in brain science have in recent years proven what parents have always known: that youth are categorically different from adults. They are more impulsive, less able to fully comprehend the consequences of their actions, and hold greater promise for rehabilitation. These attributes apply not only to juveniles, but also to young adults. The brain does not fully mature until about age 26.

In the past, the law has allowed sending youth to prison for as long as fully mature adults. But in recent years, court cases interpreting the constitution have relied on the newer brain science developments to require that the different attributes of youth be considered before youth can be given the same sentence as an adult.

The ACLU of Washington this month filed friend of the court briefs in three cases where this issue was involved. The briefs urge the Washington Supreme Court to align the law with developments in brain science, as the newer cases have required.

State v. Zyion Houston-Sconiers and Treson Roberts involves a group of youth who robbed trick-or-treaters by gunpoint, taking candy and a phone, on Halloween 2012. Zyion was 17 at the time and Treson was 16 and though they injured no one, they were subject to Washington’s “automatic decline” law, which requires juvenile defendants to be tried in adult court if their cases meet certain criteria, such as if the defendants are 16 or 17 and charged with a serious offense.

The automatic decline law meant that Zyion and Treson were denied the opportunity to ask a judge to consider the circumstances of their lives and facts of the case before sending them to adult court. The more rehabilitative aspects of juvenile court procedures and the options for punishment in that court were not considered. Instead, the teens were thrown into the adult criminal system, which sentenced Zyion 31 years in prison and Treson to 26 years.

The ACLU’s brief in Houston-Sconiers explains that automatic decline violates the due process rights of youth because it eliminates the opportunity for a judge to consider mitigating circumstances about the offense and—and the person who committed it—before subjecting him or her to adult court. Automatic decline does not promote public safety and disproportionately affects young people of color.

Thompson: Life in prison for crimes committed as a youth

This case involves Sean Allen Thompson, who in 2015 was sentenced to life in prison without the possibility of parole under the Persistent Offender Accountability Act (POAA), also known as Washington’s “Three Strikes” law.

Thompson’s first strike, for second degree robbery, was at age 20 and his second strike, for second degree assault, was at age 22. At age 30, a drunken fight resulted in his third strike. Under Washington’s three strikes law, the trial court had no discretion to consider Thompson’s youthfulness at the time of his earlier convictions, nor any other mitigating factor; it was required to sentence him to life in prison without possibility of parole.

The brief filed by the ACLU in Thompson asks the Washington Supreme Court to take review of the case. It asserts that, in light of scientific findings about the immature brains of young adults and their greater capacity for rehabilitation, sentencing courts must be allowed to consider youth as a mitigating factor instead of simply imposing a sentence of prison until Thompson’s death. Failure to allow such consideration violates the state constitution and conflicts with more recent precedent such as State v. O’Dell, where the Supreme Court allowed an 18-year-old man to argue that his youth justified a lower sentence than older adults.

Joel Ramos was barely 14 years old when, in 1993, he pled guilty to four murders during an armed robbery. He had no prior arrests and his co-defendant was also 14 at the time. Because he was convicted as an adult after waiving a decline hearing, Joel was sentenced without any regard to his youth, or for the effects of his traumatic life, which include being the victim of sexual abuse, and suffering the death of his sister.

Joel received an adult’s standard range sentence of 80 years in prison, which was later increased to 85 years. In the over two decades Joel has spent in prison, Joel has demonstrated his capacity for rehabilitation by holding down a job, getting an education, mentoring other inmates, and earning the respect of prison staff. Yet so far the courts have refused to consider either his young age at the time of the crime or his subsequent rehabilitation as a mitigating factor warranting a sentence short of a lifetime in prison.

In its brief in Ramos, the ACLU asserts that juvenile life sentences and their equivalent are unconstitutional because the newer developments in brain science and the court cases relying on that science state that children are less morally culpable for even the most horrific crimes. These cases collectively stand for the proposition that life and life equivalent sentences are presumptively invalid and if such sentences are ever valid, it is only for youth proven to be “irredeemable.” That finding was not made in Joel’s case, and could not be made in light of the evidence of his rehabilitation.