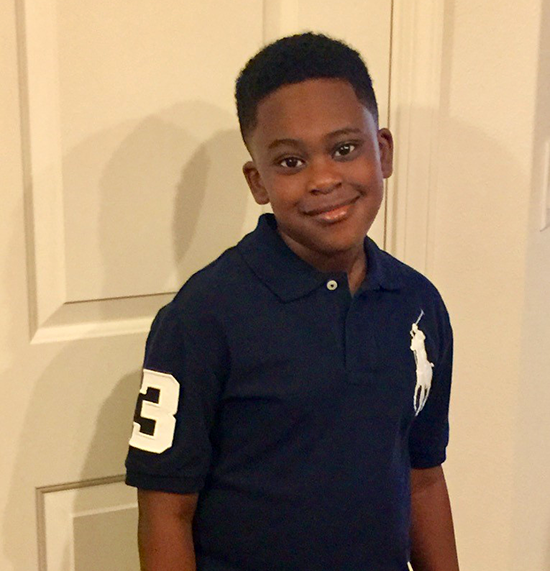 
Tory: Stigmatized and treated as an outsider

Ten-year-old Tory moved from Georgia and started in the Clover Park School District in June 2015. While Tory was once excited to go to a school with supportive teachers, now he is anxious about school as a place where he will be mistreated by teachers and humiliated in front of his peers.

Tory has had speech issues since he was young, which were compounded by a traumatic brain injury (TBI) in a 2014 car accident. Since then, Tory has suffered from anomia, which means he has trouble recalling words. Sometimes he needs to describe things, instead of using their names.  Tory has serious food allergies that limit what he can eat and be exposed to. In Georgia, Tory's parents and his school crafted an individualized education plan (IEP) to help him thrive, including meeting with a speech language pathologist, and extended schooling during the summer.

Tory’s teacher did not know about his IEP, and his mother Amber had to make copies to distribute. He did not meet with a speech language pathologist until three months after joining the school. Amber says her son and his IEP are not taken seriously because his disability is invisible and he still gets good grades.

Tory was placed in the gifted class, but gets in trouble because he cannot give concise answers to questions due to his TBI and anomia. The school refuses to follow his IEP. For example, he has a hard time retaining information that is explained verbally, so his accommodation requires that all directions must be written and confirmed that Tory understands. His teacher does not do this. Instead Tory is told to "figure it out." When Tory is unable to do his work or does it incorrectly, he is just told to redo it.  When Tory misses class for doctor's appointments, he is not provided make-up work and receives zeros on his assignments.

When Tory asks students not to sit near him when they have lunches that may cause an allergic reaction, teachers treat Tory as if he is being mean to other students, rather than protecting himself.
When asked by staff why he wasn't at recess, Tory had trouble explaining that he was not cleared by his doctor for any physical activity, and instead said "I am supposed to be here."  Tory was forced to run the track in November, without a jacket, crying and asking to stop. The cold air exacerbated his asthma;   Tory arrived for his next class late, with a pounding migraine. The school called Tory's dad to pick him up early.

Three months after being cleared for recess, Tory was not allowed to participate because "they were training the staff."  As far as Amber can tell, no training has happened.

Tory feels like an outsider. Tory has been excluded from everyday tasks at school, such as group projects. Unlike other students, Tory has been made to do and present large projects on his own.

"Tory is not treated like a person, instead he is treated like a liability," Amber says. Tory fears he will continue to be stigmatized by teachers and students. He has long wanted to be an engineer.  Now he asks his mother what happens to people who do not go to college.

The issues have affected everyone in his home: his father has to miss important training time, his two brothers are now afraid of school, and his mother cannot work because she constantly has to pick him up from school.  As Amber says, "Educational rights have already been fought for, so why are we still having to fight?"
Explore More:
School Discipline
Student Rights
Youth
Court Case:
A.D. v. OSPI
Read More
Related Links