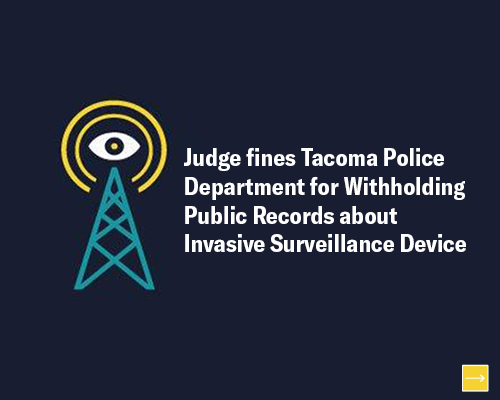 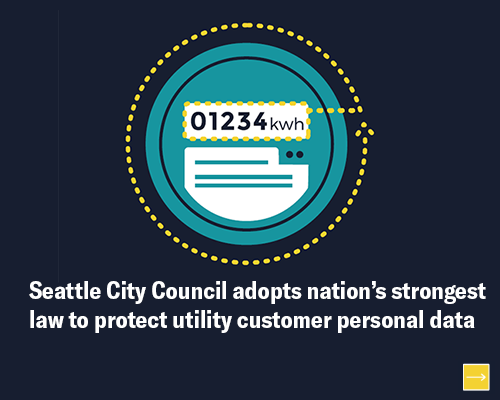 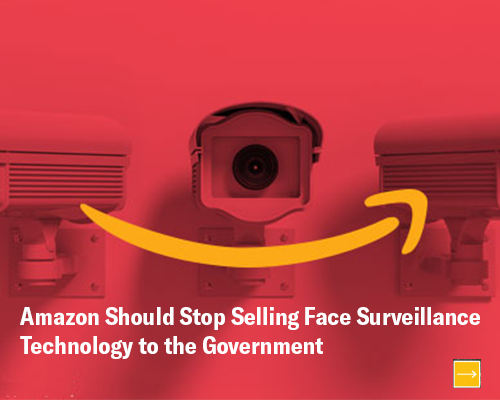 News Release, Published:
Thursday, January 7, 2010
After months of advocacy, the ACLU scored another win for privacy, this time with a new regional transit card. As with the Enhanced Driver’s License, we worked to limit the potential for tracking and monitoring of individuals without their knowledge.
Read more

News Release, Published:
Monday, December 7, 2009
The ACLU-WA is working with legislators to add privacy protections to bills that authorize tolling and set up a photo enforcement system on the Highway 520 bridge
Read more

News Release, Published:
Friday, November 20, 2009
People have been free to express their opinions using pseudonyms since the early days of our nation.
Read more

News Release, Published:
Friday, November 20, 2009
As the nation approaches the one-year anniversary of the USA PATRIOT Act, the American Civil Liberties Union today announced a new nationwide effort to recover the freedoms that Attorney General John Ashcroft and the Bush Administration have rolled back since last year's terrorist attacks. "Keep America Safe and Free: The Campaign to Defend the Constitution" is a national effort involving litigation, grassroots organizing, and community education in all 50 states.
Read more

News Release, Published:
Friday, November 20, 2009
The American Civil Liberties Union of Washington announced today that it is offering free legal representation to anyone in the state who is approached by the FBI during its latest round of "dragnet" interviews of Arabs and Muslims.
Read more