Voting for officials and issues is an essential part of a democratic society. The franchise must never be conditioned on a person’s gender, ethnicity, or wealth. The ACLU works to ensure that no citizen is unfairly denied his or her right to vote. 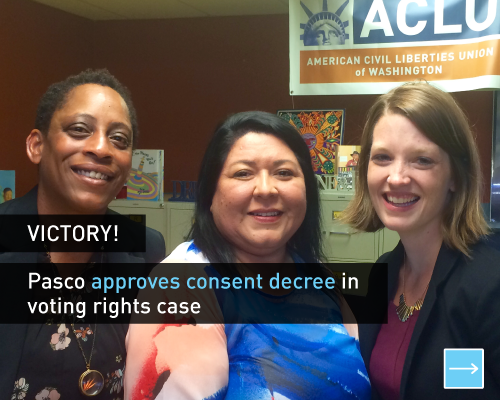 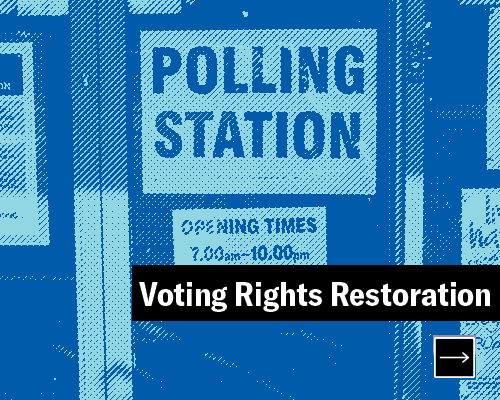 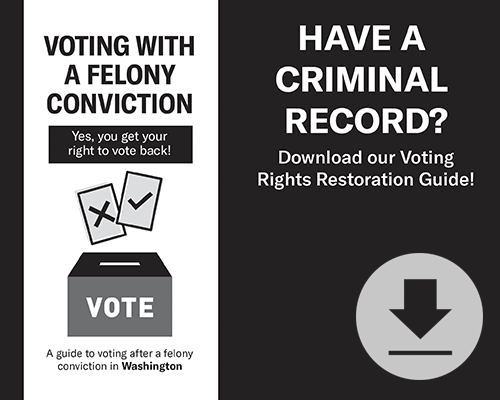 News Release, Published:
Monday, June 6, 2011
The ACLU of Washington and National Voting Rights Advocacy Initiative are urging the Washington Redistricting Commission to establish a majority-minority state legislative district in Yakima County.  In a letter submitted to the commission, the groups said the district is needed as a matter of democratic governance and in order to comply with the federal Voting Rights Act of 1965.
Read more

Redistricting: The Lines on Those Maps Make a Difference

Published:
Friday, June 3, 2011
Do you remember all of the publicity about the 2010 census? The numbers have now been tallied, and they will have major impacts in Washington state and throughout the nation. One of the most important ways in which data from the census are used is in redistricting our nation’s political jurisdictions. In the last decade, Washington’s population increased by more than 14%. As a result, our federal congressional delegation will be increased from 9 to 10 members, giving Washington state an additional vote in the U.S. House of Representatives.
Read more

Published:
Monday, November 1, 2010
Tomorrow is Election Day. Washington’s Secretary of State predicts a robust 66% voter turnout, the highest for a mid-term election in many years. Thanks to a law passed last year with the support of the ACLU, many of these voters will be re-engaging with their fellow citizens for the first time in years. Meanwhile, the U.S. Congress is considering a law that will extend voting rights to many more citizens nationwide and you have an opportunity to tell them what you think. Read more
Read more

Last year thousands of Washington citizens gained the right to vote: Now it’s time to use it!

Published:
Monday, July 12, 2010
While summer days have (finally) arrived, and many of us are thinking most about play and vacations, Washington’s primary election is just around the corner, on August 17. And the registration deadline for the primary election online or in-person is only days away, on July 19.
Read more

A Banner Year for Civil Liberties in Olympia

Court Orders That All Votes Be Counted in Medina Election

News Release, Published:
Friday, November 20, 2009
On Monday, February 28, the House State Government Committee held a hearing on legislation backed by the American Civil Liberties Union of Washington to fix our state’s unfair and ineffective procedures for restoring the right to vote to ex-offenders.
Read more

News Release, Published:
Friday, November 20, 2009
The American Civil Liberties Union of Washington today submitted a friend-of- the court brief to provide guidance in understanding the state’s complex system for restoring voting rights to individuals who have served time in prison. The brief was filed in Chelan County Superior Court in the case challenging the outcome of Washington’s gubernatorial election.
Read more